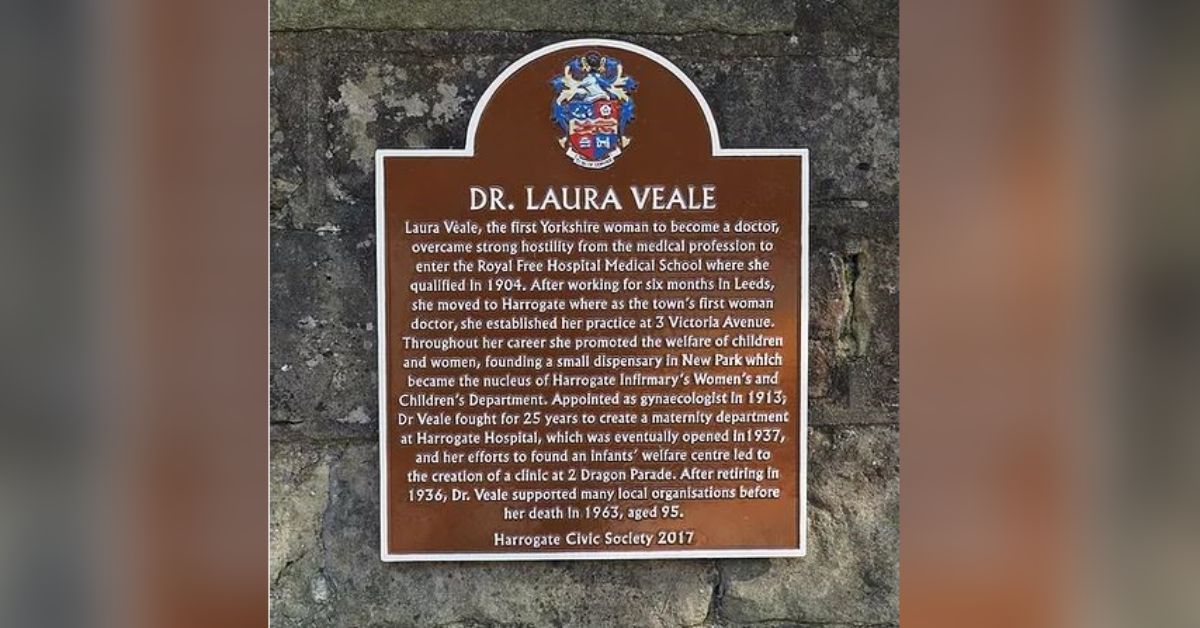 The plaque unveiled on Victoria Avenue in Harrogate in commemoration of Dr Laura Veale.

North Yorkshire’s first woman doctor, who spent much of her life in Harrogate, has been nominated for a county award.

Dr Laura Sobey Veale experienced strong opposition whilst pursuing a career in medicine during the 19th and 20th centuries but overcame this to make a considerable impact on the town.

She has been nominated for the county council’s Great North Yorkshire Sons and Daughters campaign.

Dr Veale was born in Hampsthwaite in 1867 and studied medicine in London. She later returned to North Yorkshire to work at the Hospital for Women and Children in Leeds.

In 1904 she came back to Harrogate and set up her GP practice on Victoria Avenue. She made history overcoming hostility and continued to pave the way for women’s health, establishing a maternity department at Harrogate hospital and infant welfare and antenatal clinics in the town.

Despite retiring in 1936, Dr Veale was still committed to the town. When there was a need in the Second World War Dr Veale came forward to organise the Harrogate Women’s Voluntary Service leading a campaign to collect scrap metal for the war effort.

“She deserves recognition as an important figure in the history of both medicine and feminism and a key figure in medical provision, especially for women and infants, in her native county and more particularly Harrogate.”

“It is as a pioneering woman in the medical profession and through her wider work for the community that she is so important to Harrogate.”

A brown plaque in memory of Dr Veale was unveiled in April 2017 at the site of her surgery. It was put in place to commemorate her contribution to the town and as an important figure of history for medicine and feminism.

“During the current pandemic, it is important we recognise the hard work of all doctors and nurses across the country. Figures such as Dr Laura Veale are incredibly important to the county. She showed determination and dedication not to give up in difficult times.” 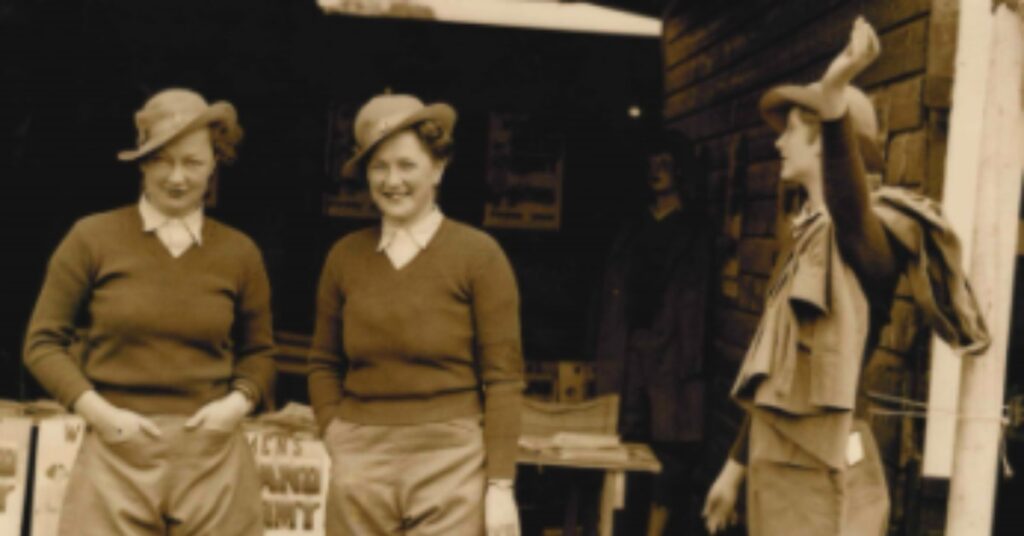 Another Harrogate district nominee is Winifred Jacob Smith. Born in 1911 in Humberton, between Knaresborough and Boroughbridge, Winifred went on the join the Women’s Land Army in 1939 with her sister Dorothy.

Winifred later became the organiser for the Women’s Land Army for the whole of Yorkshire. The ladies’ role was crucial for the war effort with many involved in intensive farm labour to feed the county.

Coming from a long established farming family, on her death in May 2003 Winifred bequeathed what was then Scriven Park to Harrogate Borough Council to be used by her local community. It was officially opened as Jacob Smith Park in 2008.

Details of how to cast votes for the award will be released on the county council’s social media soon.