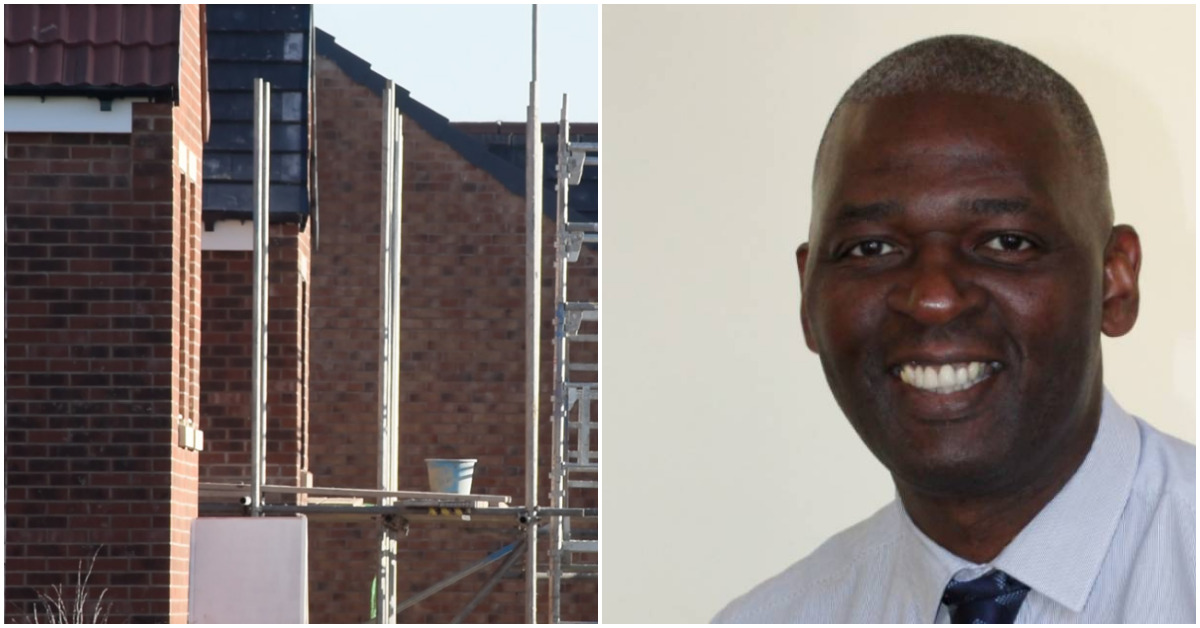 Throughout this week the Stray Ferret is publishing excerpts from an interview conducted with Harrogate Borough Council’s chief executive Wallace Sampson OBE.

Today’s section looks at housing. The Stray Ferret has consistently reported the impact of new housing developments within the district. In November we ran a series of in-depth reports looking at how planning “chaos” in recent years meant the district was a target for developers, to concerns that young locals are being priced out of the Harrogate market and worries that the scale of new developments are pushing local infrastructure to breaking point.

Mr Sampson, you’ve been chief executive since 2008 and you know the impact that not getting a Local Plan over the line has had on Harrogate. Do you feel personally responsible for these failings over the last decade?

Trying to get to the point where we have an adopted Local Plan is a challenge that every local planning authority around the country faces. The challenges we face in Harrogate are not unique.

I’m very pleased and proud of the fact we do have a Local Plan in place that will guide the delivery of housing in the district through to 2035.

I anticipate it will shape the direction of change in the Harrogate district over the next few years, and it will be really important to everybody that lives or works in the district and for those who visit.

I’ll be looking to address the challenges that we’ve got around housing delivery, but we need to recognise the need for more housing is an issue that we face nationally and not just locally. It’s a challenge we need to respond to because we know we have in our district families and young people who face significant difficulties buying their homes, not just due to a lack of housing but also high prices.

But there is a feeling in Harrogate that we are taking more than our fair share of new housing compared to other areas. The average house price in Harrogate is £360,000, 13 times the average salary in Harrogate. Is housing working for people in Harrogate?

We’ve got both a lack of houses and a lack of affordable houses. That’s what we will be trying to address through the Local Plan over the course of the whole plan period.

We’re quite ambitious in terms of the number of houses that we are seeking to build. It’s important that we get the right mix of houses so that we’re not just building lots of houses but there is a mix of houses and affordable houses being built as well.

We’re very clear in our Local Plan that 40% of homes that will be built must be affordable and we’ll be making sure that there are affordable homes in the Harrogate district.

It’s no surprise there are many people travelling from Harrogate to Leeds each day and vice versa. In part, that’s due to the challenges in finding accessible and affordable houses.

Is Harrogate’s infrastructure coping with the amount of housing being built?

The fact the Local Plan was approved by the inspector and we’ve adopted it demonstrates that we have an opportunity to address infrastructure over the period.

If you look to the west of Harrogate as an example, we are working with site promoters across the various sites to make sure we are taking a joined-up approach to infrastructure provision.

Ultimately that plan will shape how those planning applications will come forward and be delivered.

Is it fair that people might criticise you for not living in the district? Does it make a difference to the way you run the council?

What the last 12 months have shown is that work is becoming increasingly an activity, rather than being tied to a place.

It’s about what you do rather than where you do it from. I don’t think living outside the district has had any bearing on the commitment or level of devotion that I show the job.

I’ve always approached my job with 110% dedication and commitment. I love what I do and I love where I do it. I love working for HBC and I love the Harrogate district. I don’t think where you live has any bearing on that at all.

Tomorrow Mr Sampson responds to questions about the cost of the council’s controversial new offices at Knapping Mount, and what might happen to the building post-devolution.