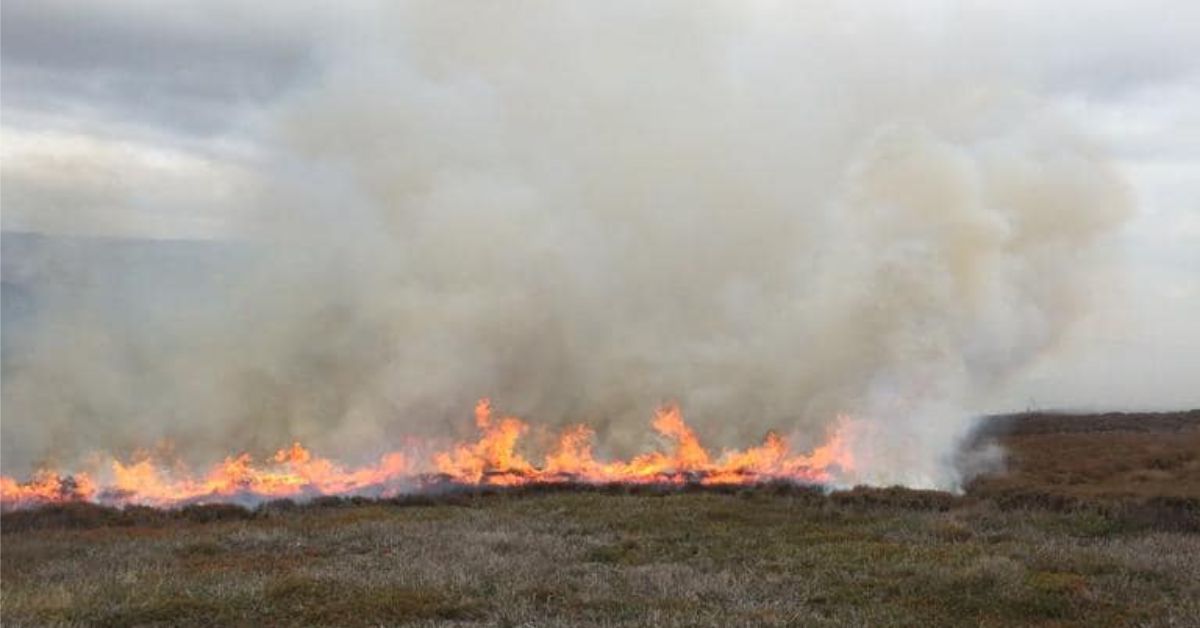 Heather burning on the moors.

Controlled burning of heather has started on moors in the north of the Harrogate district.

Moorland managers carry out burning between October 1 and April 15 to remove old growth and promote the development of new heather and grass shoots in spring, which helps grouse and other species thrive.

It is carried out with the agreement of Natural England, the licensing body.

Smoke drifted over areas such as Pateley Bridge and Lofthouse over the weekend as burning took place.

The North Yorkshire Dales Moorland Group, which represents moorland managers, said in a statement that ground nesting birds have left the moors by October and the heather has faded.

“If the conditions are right and the wind is not too strong then the experienced keepers will recognise these opportunities and use their expertise to carry out very controlled rotational burns where the old heather has grown long and rank.”

It added that long, old heather has little nutritional value for grazing animals or grouse and loses its capacity to absorb carbon from the atmosphere.

Burning in winter also reduces the risk of summer wildfires, it added:

“Heather is a dwarf shrub that will become woody with time and if left unchecked will accumulate large amounts of combustible material that dries in summer and poses a huge wildfire risk. Summer wildfires are devastating events both financially and environmentally.

“They pose serious risk to people and property and can release millions of tons of locked in carbon that has taken millennia to accumulate.”

Calls for a ban

But the Yorkshire-based campaign group Wild Moors has called for burning to be banned.

It claims that the practice actually damages peatland formation and is harmful to the environment.

“At COP26 Britain has a prime opportunity to be a trailblazer in managing land for nature as a solution to climate change and biodiversity loss.

“But how can we be a role model for other nations to follow when we still allow our carbon-rich peatlands to be torched to benefit grouse shooting?”