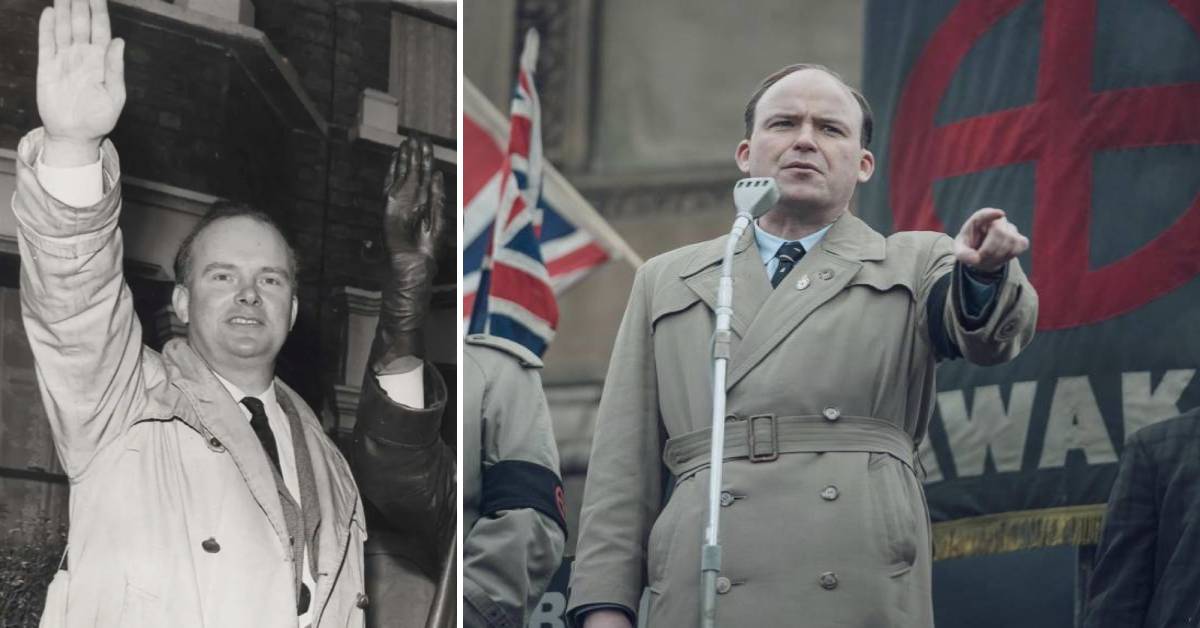 A new BBC One drama about neo-Nazis in 1960s England features a notorious fascist from Pateley Bridge.

Ridley Road, an adaptation of a novel by Jo Bloom, broadcasts tonight at 8pm. It is the second of four episodes.

The series tells the true story of the anti-fascist organisation 62 Group, which took on fascists led by Colin Jordan, who died at home in Pateley Bridge in 2009.

Mr Jordan, who is played by the actor Rory Kinnear, was an admirer of Hitler who he called a “messiah” and “saviour”.

An obituary in The Independent described Jordan, who lived in Pateley Bridge for many years until his death aged 85, as ‘the grandfather of post-war National Socialism in Britain’.

It said he was involved with several fascist and racist groups, including the League of Empire Loyalists, the British Movement, the National Socialist Movement and the White Defence League.

He was jailed several times in the 1960s and in 1965 issued a racist pamphlet called The Coloured Invasion, which railed against black people, Asians and immigration.

A Harrogate court report in York Press in 2000 said Jordan, then 77, had been charged with distributing material intended to stir up racial hatred.

All the offences were alleged to have been committed at various locations in North Yorkshire between March 1993 and March 1999. However, a judge ruled that a serious heart condition made him unfit to stand trial.

Jordan also appeared in court charged with stealing three pairs of red knickers from Tesco — he was found guilty and fined £50.