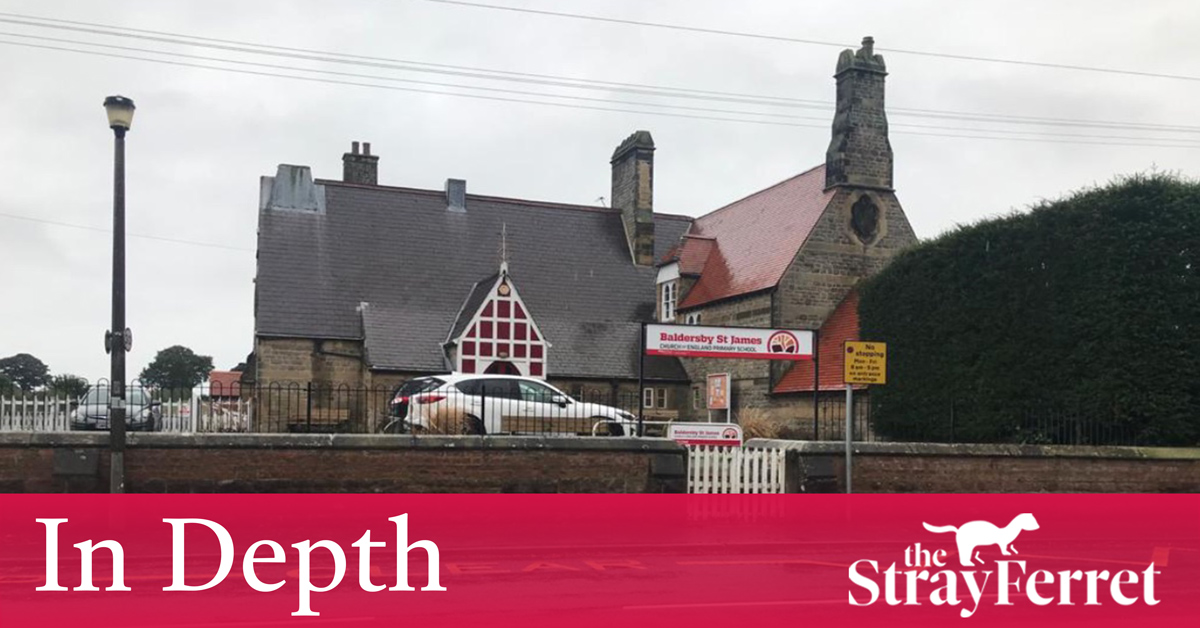 Since the turn of the year, it has been announced that two primary schools in the Harrogate district will close.

Both schools — Kell Bank near Masham and Baldersby St James between Ripon and Thirsk — are in rural areas.

Kell Bank closed in summer and if Baldersby’s closure goes ahead as planned, it will be the first academy in North Yorkshire to shut.

Both decisions were attributed to low pupil numbers. But a closer look at the issue reveals a deeper problem in rural communities in our district.

North Yorkshire is home to 356 state schools — of which 303 are primary, 43 are secondary and 10 are special schools.

Although most schools in the Harrogate district are in towns and cities, such as Ripon, Harrogate, Knaresborough, Boroughbridge, Pateley Bridge and Masham, some are in more remote parts.

Declining pupil numbers in these rural areas has led to questions about the ongoing viability of schools.

Kell Bank, which was run by North Yorkshire County Council, closed in August.

The school, which was celebrating 200 years of education at the time, had capacity to teach 50 pupils but just six on the register. Three year groups had no children in them.

By comparison, nearby Masham Church of England School in Masham town centre had 121 pupils, some of which were out of its catchment area.

It’s a similar picture at Baldersby, which has only 22 pupils.

Hope Sentamu Learning Trust, the academy trust in charge, says numbers “show no prospect of improving for many years ahead” and the school should therefore close.

Pupil numbers at Baldersby have fluctuated and recovered to 46 in 2017 before declining again.

In both cases, the schools have been victims of changes to population demographics that have seen rural areas become less busy while more people live in towns and cities.

This raises difficult issues for families in rural areas thinking about where to educate their children.

According to the paper, eight schools have closed in the county over the past three years – most of which were in rural areas.

The commission said the “continuing fall” in the rural population was the “fundamental challenge” facing small rural schools.

“This results in a significant surplus capacity in many of the small rural schools because there are simply not enough families with primary aged children living in rural communities.

“The cost of the rural housing market discourages young families from living in rural areas.”

The challenge in attracting younger families is compounded by the fact that parents are also thinking more carefully about where to send their children to school.

Department for Education guidance says a primary school aged child should be sent to a school no longer than 45 minutes away from home.

The rural commission report said parents were choosing not to send their children to a local school and instead opting for one further away “because it offers a better-quality education”.

“An expert on the subject noted that sometimes journey times are longer because children are going to schools other than their local one because of parental preference.”

The sentiment was echoed by Jacqui Palmer, executive headteacher at Sharow Church of England Primary School.

“Over many years rural life has become different.

“In our village, there is no pub and the post office is only open on a morning.”

Ms Palmer added that it had become difficult for villages to attract younger families.

The closure of rural schools runs deep in communities.

As noted by the rural commission, the decision to shut a village schools often prompts campaigns to save them.

This occurred in the Harrogate district when within days of the academy trust’s announcement, a group of parents and villagers set up the Save Baldersby St James Primary School campaign.

The group has set up a social media account to help the fight and called on Education Secretary Nadhim Zahawi to reconsider the decision.

For the group, the closure would see an end to a school which has served the community since 1850.

Sally Muir, a spokesperson for Save Baldersby St James Primary School, said in a statement:

“In an era where running costs are elevated above all other criteria, it is a shame that a school with both history and potential that has long served the community is now earmarked for closure.”

In response to the difficulties facing schools, the rural commission has called for the Department for Education to revise its national funding formula to support rural schools, in particular spare secondary schools.

It also believes that the formula needs to take into account “the quality of rural roads as well as distance”.

The commission has also backed a “rural stipend” for teachers salaries in order to encourage more teachers into rural schools, but also to bring more younger families into those areas.

But time will tell whether there is the will to act, or whether more cherished schools in remote parts of England’s largest county face uncertain futures.