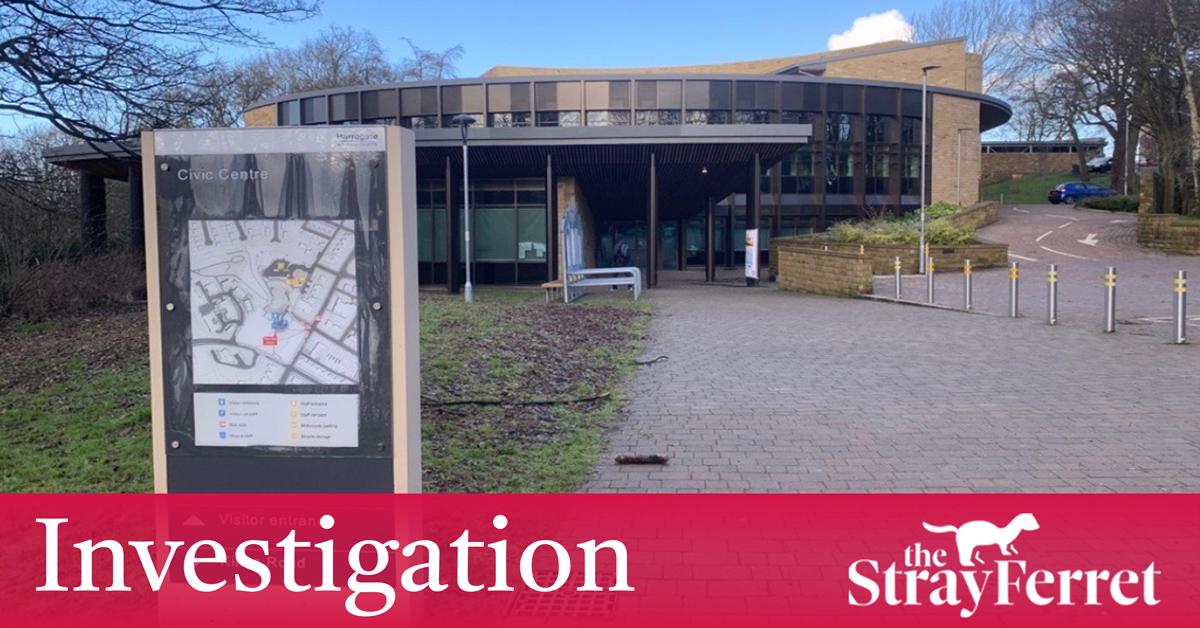 Harrogate Borough Council has blamed the pandemic and “urgent works” for a rise in the number of contracts awarded to companies without any competitive process.

An analysis of contract data by the Local Democracy Reporting Service shows the council has awarded more than £820,000 worth of contracts without seeking rival bids since April 2020 – more than the previous seven years combined.

The rise has been described as “alarming” by opposition councillors, while the Conservative-run council has defended its record saying there have been several reasons why it has bypassed its own procurement rules.

“These can include an urgency to carry out emergency repairs or to continue to provide an on-going service.

“Covid-19 has also meant some services and suppliers have been disrupted.

“All appointments are made with a view to ensuring value for money for the taxpayer.”

The council’s rules say it must seek rival bids for contracts unless it is spending time-limited grant funding, if “specialised” services are only available from one business or for reasons of “extreme urgency”.

During the pandemic, the council used firms for repairs at Knaresborough Swimming Pool and Harrogate Convention Centre where it also hired a traffic management company whilst the centre was in use as an NHS Nightingale Hospital.

Cllr Pat Marsh, leader of the opposition Liberal Democrat party, said while there are sometimes “clear” reasons why exceptions to the rules can be made, the recent rise was still “very concerning”.

“The increase in the amount spent on single tender contracts is quite alarming and something that has concerned the Liberal Democrats on several occasions.

“This is public money and councils should be open and transparent about the process of how that is spent.

“This has to be about ensuring that by spending taxpayers’ money the council gets exactly what it wants and at the best value available.”

The council has recently been forced to defend its reasons for bypassing the rules, including when it awarded a £165,000 contract to marketing firm Jacob Bailey Group to rebuild and maintain the Visit Harrogate website.

In January, the council said a bidding process for this would have taken six months to complete and that the “exceptional circumstances” of the pandemic meant the work was urgent.

It also said “very few companies in the UK have the expertise, skills or experience” to carry out the work.

In April 2020, the council awarded a £40,900 contract to landscaping firm Glendale Managed Services to repair the Stray – seven months after the parkland was damaged during Harrogate’s hosting of the UCI World Cycling Championships.

At the time, the council said there were “urgent circumstances” as the “optimum period for reseeding was fast approaching”.

The reseeding works did not start until two months later in June.

In total, more than £1.2 million worth of contracts have been awarded by the council without rival bids since 2013.

The council said it does not have any information before this as “the sourcing software the council uses does not hold records prior to 2013/2014”.

There are fears the town's two cash machines could run out of money for this weekend's big event. https://buff.ly/3rxGD5H