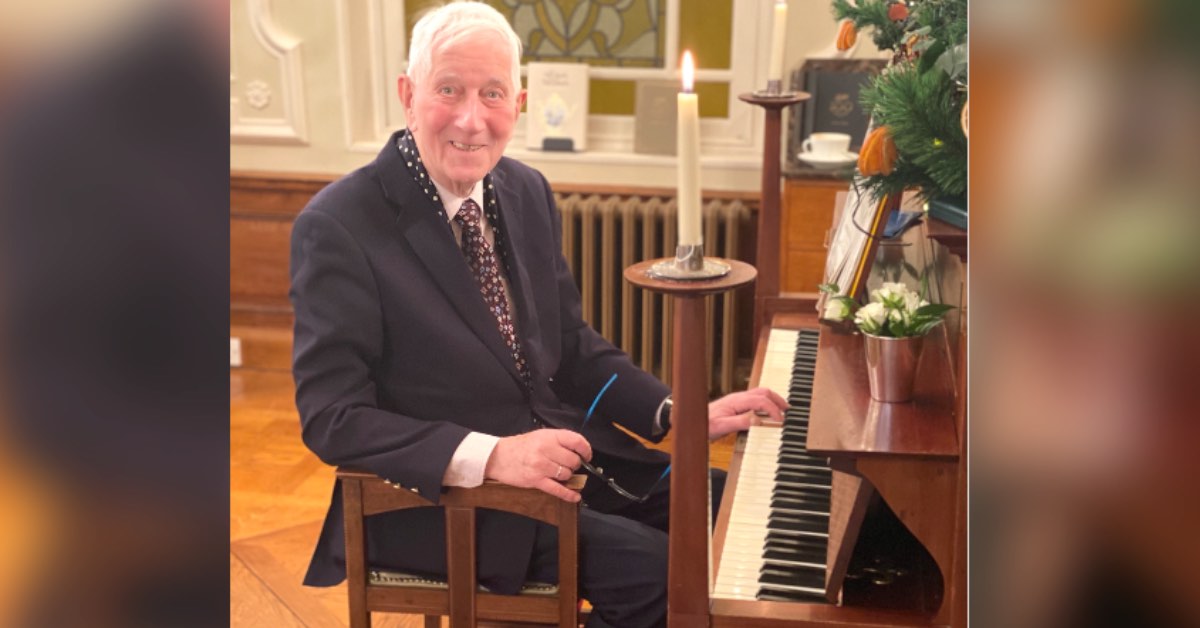 Derry Jones is a songwriter and pianist from Harrogate and has played in multiple venues but most will know him for his days in the Jimmy O Show band in the 60s and 70s.

Mr Jones now plays in Bettys tea rooms regularly but often looks back at his time in the Jimmy O Show band. He joined the band in 1959 but his career began in the early 1950s in jazz bands.

In the early years of rock n’ roll, the 86-year-old was accompanying comedians such as Ken Dodd and Charlie Chester as well as former professional footballer turned comic Charlie Williams . He also performed at The Cavern in Liverpool “before the Beatles made it famous”.

Mr Jones said one of the highlights of performing in the Jimmy O Show band was performing at venues such as the Royal Hall and spending an afternoon with Dustin Hoffman:

“It was a really enjoyable few years and we were all from Harrogate. We were pretty popular back in those days, appearing on TV and in big venues.

“People still ask us to get back together, but we aren’t all around now so it wouldn’t be right.”

Mr Jones was busy performing when the Eurovision came to Harrogate in 1982 but says he remembers the town being swept up in Eurovision fever.

He still plays Germany’s winning song from that year Ein bißchen Frieden, which translates to A Bit of Peace, when performing at Bettys.

One year before the Eurovision in Harrogate, in 1981, Derry Jones and the Jimmy O Show band appeared on Tyne Tees TV to perform his original song “The Nicest Place”.

The song was played to promote the opening of the Harrogate Convention Centre and says “the grass is greener and the streets are cleaner”.

Even at 86 Mr Jones said his passion for music has never wavered, he has continued to write songs and perform regularly, adding it remains his biggest passion.

Over lockdown, Mr Jones and his wife Jowita would regularly perform for their neighbours on the street. He would play accordion and she would sing whilst neighbours sat on garden walls or even danced in the street.

“Music has been a constant for me. Sometimes I wish I could get the old days back but I’m happier ow than I’ve ever been.”