0 Items
Malcolm Neesam: we should create a history time-line for Harrogate
by 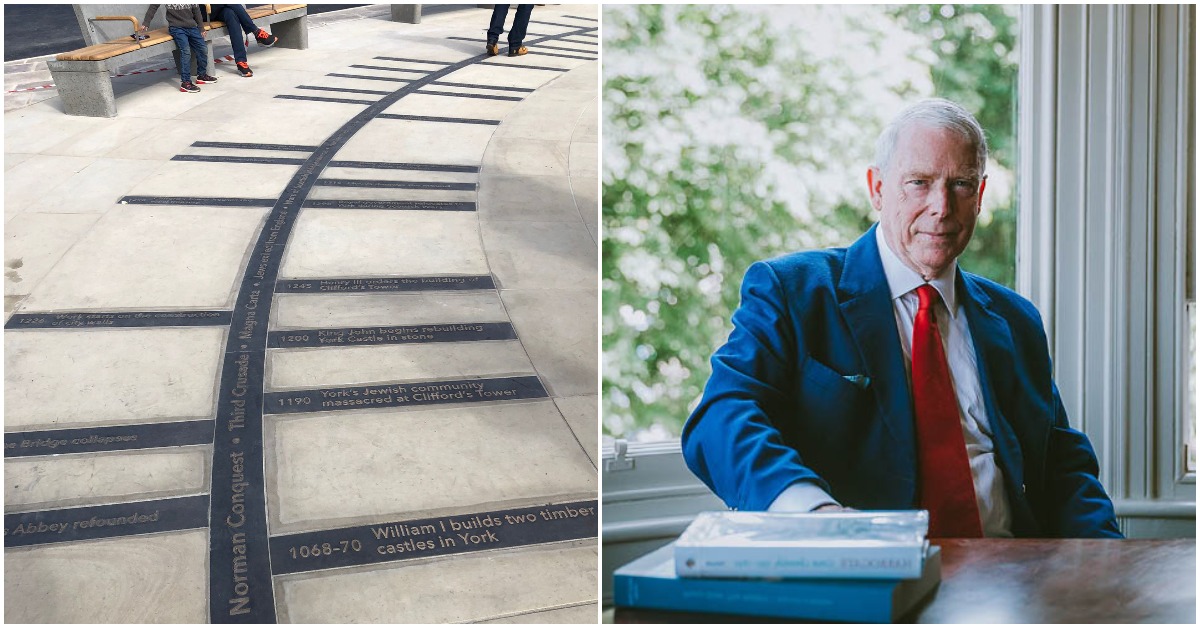 This article is written for The Stray Ferret by celebrated Harrogate historian, Malcolm Neesam.

The recent installation of a York history timeline into paving in the vicinity of Clifford’s Tower appears to be causing great public interest. These timelines usually consist of a chronologically arranged list of events relating to the locality where the timeline is set, and can be adjusted to fill the amount of space available.

The best timelines consist of a bold line set into a pavement from which short entries are placed at right angles. Both the line and the entries can be made of stone, slate, tile or plastic, on to which the information is engraved. Should a suitable length of pavement not be available, the timeline can be set into a wall or put on line.

With the various proposals for alterations to the areas covered by the “Gateway” and other local projects, now is as good a time as any to consider a Harrogate History timeline for which several locations present themselves. The pavement from the entrance to the Railway Station, across Station Square and down James Street is one attractive possibility. So is the Elgar Walk from Valley Gardens entrance as far as the New Magnesia Well Cafe.

A handsome curved timeline could be inserted to the pavements around the War Memorial, to include Prospect and Cambridge Crescents. But if a dead straight line is preferred, how about Prospect Place from Victoria Avenue to the War Memorial?

Typical entries could include: “1571 William Slingsby discovers mineral qualities of the Tewit Well”; or, “2023 Council abolished as Harrogate merges with North Yorkshire”. Thus could the whole of Harrogate’s history be made clearly and easily accessible to the general public, and it is reasonable to assume that sponsorship could be found for such a high-profile undertaking.

In my opinion, a Harrogate History timeline would be a marvellous project. It could provide residents and visitors alike with an interesting and free attraction, the making of which might involve all the local schools. Harrogate has only one local museum, which despite the best efforts of the devoted staff, lacks the Council input to make it the equal of the Mercer Gallery, or indeed the three Ripon Museums, which are run by Trusts. A timeline would help focus attention on Harrogate’s past. Our Council really should give more attention to the town’s heritage.

The Stray Ferret has worked with Malcolm Neesam to produce two fantastic history audio tours of Harrogate.  Both last about an hour and are easy to do. The first will take you back to the golden age of Harrogate’s Victorian Spa days, the second will take you through the heart of the shopping district, stopping to learn about historic buildings as you go.  To take a look click here.

Malcolm has also recently published a second major history of Harrogate. “Wells and Swells” covers the town’s Victorian heyday from 1842-1923. To find out more and how you can order a copy, click here.