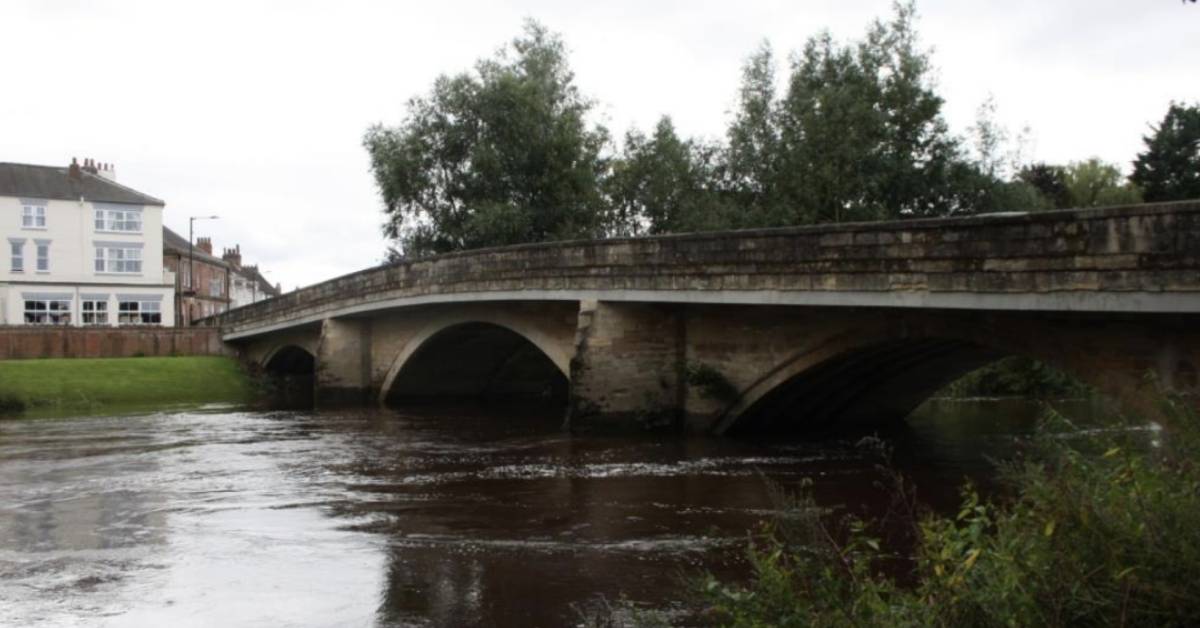 Planning permission has been granted for 14 new street lights to illuminate the River Ure bridge in time for the 700th anniversary of the Battle of Boroughbridge next year.

Boroughbridge Town Council is behind plans to light up the historic bridge at night to improve visibility for pedestrians and motorists. There has been a bridge on the site since at least the 12th century.

The scheme was awarded £13,000 from North Yorkshire Police, Fire and Crime Commissioner following the sale of the force’s historic AJ1 number plate.

A planning statement submitted with the application said the visual impact of the street lights on the Grade II listed bridge will be “limited”.

“The only visual change will be the addition of the light units, which have been selected to complement the parapet walls with an honest approach and without imposing significant new elements on the structure.

“The low key design and hidden cabling aim to ensure that the installation will go largely unnoticed during daylight hours.”

The Battle of Boroughbridge took place on March 16 1322. There was an encounter on the River Ure bridge between Edward II and his cousin, the Earl of Lancaster.

A small army of rebels under the Earl of Lancaster was held at the bridge itself by a larger group of men loyal to the king.

Attempts to negotiate a truce failed and the short, one-sided battle resulted in the surrender and subsequent execution of Lancaster.

The bridge has remained a key part of the transport network ever since.