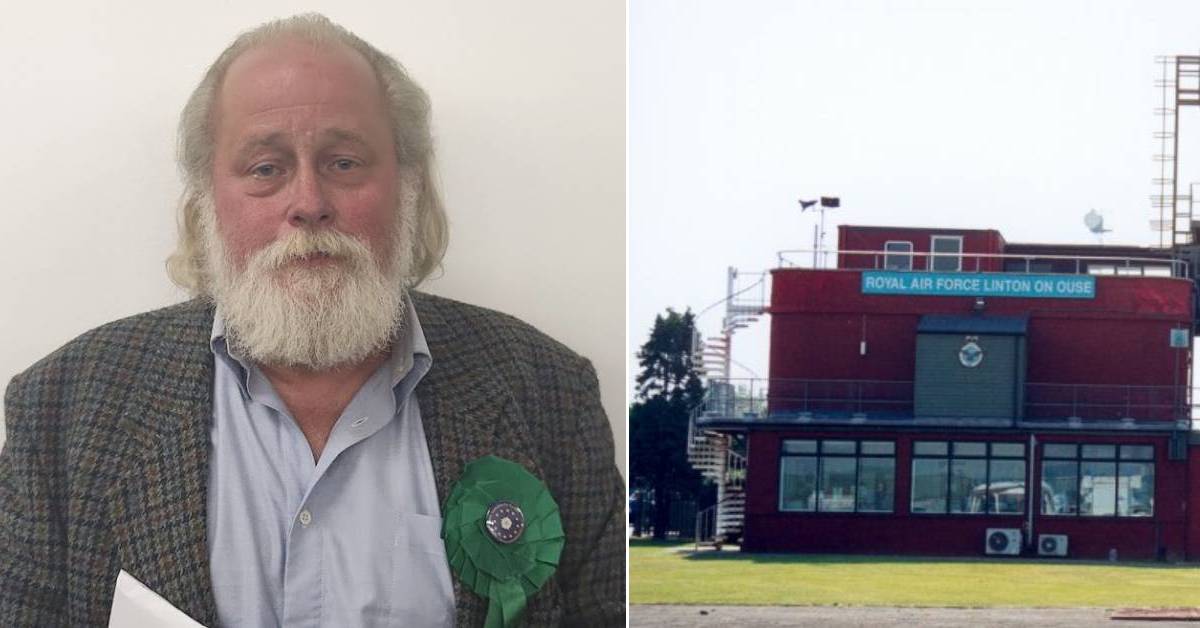 The new Green Party county councillor for Ouseburn, Arnold Warneken, has called for a pause in ‘thoughtless and careless’ plans to house 1,500 asylum seekers in Linton-on-Ouse.

The government is pushing forward with its plan to house 1,500 asylum seekers for up to six months in a ‘reception centre’ at Linton-on-Ouse.

The site closed in 2020 after being used by the RAF for almost a century.

Although located in Hambleton, the site is only about a mile from the Harrogate district, on the other side of the River Ouse.

It’s close to villages Great Ouseburn, Little Ouseburn and Nun Monkton, which are all part of Cllr Warneken’s new division.

The asylum seekers will not be prisoners and will be free to leave the centre. Cllr Warneken said he is concerned services in the villages will not be able to cope.

Cllr Warneken, who won his seat last week by over 700 votes, said:

“The plan needs to have the brakes put on it. Rural locations are losing shops, pubs and post offices.

“The government has not looked at what the asylum seekers need, whether that’s religious or cultural things or food. They are not prisoners, they are victims.

Cllr Warneken said ‘99.9%’ of residents in the villages are “compassionate and understanding about the issue”.

But he fears the centre, which has been dubbed “Guantanamo-on-Ouse” by a Lib Dem councillor, could become a target for far-right protestors.

“I’ve been out talking to people who were concerned this week. They are saying it’s not right for the asylum seekers or the community.”

The government has said it hopes the changes will help it crack down on people-smuggling gangs.

“The global migration crisis and how we tackle illegal migration requires new world-leading solutions. There are an estimated 80 million people displaced in the world and the global approach to asylum and migration is broken.

“Existing approaches have failed and there is no single solution to tackle these problems. Change is needed because people are dying attempting to come to the UK illegally.”