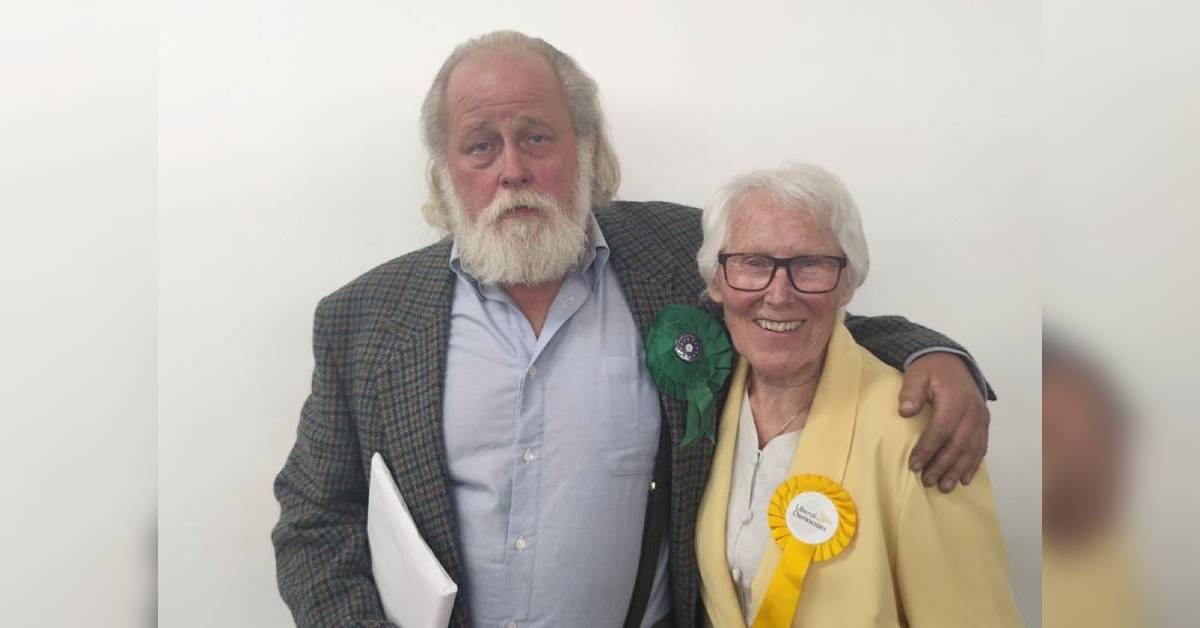 New Green Party councillor for the Ouseburn division, Arnold Warneken, said he is looking forward to working with other political parties in the new North Yorkshire Council.

There was no Liberal Democrat candidate standing after the party agreed to step aside to help the Greens unseat Mr Musgrave.

In Cllr Warneken’s acceptance speech, he suggested the local Conservative Party had “lost their conscience” and the result sent a message to other parties to work together around a common purpose based on decency.

“I will work with anybody, whatever their party is, as long as they are honest, transparent, have integrity and tell the truth.”

Cllr Warneken told the Stray Ferret afterwards that the result has given him hope that environmental issues are now vote winners.

“There are all sorts of challenges and it’s a blank canvas.”

Cllr Warneken was a Green Party councillor in the 1990s and will join his old friend, the Lib Dem councillor Pat Marsh, in the new chamber.

Cllr Warneken said he believes he still would have won even if the Liberal Democrats had put a candidate forward, due to his huge majority. He said the Tory candidate was “complacent” throughout the campaign.

Mr Musgrave did not attend the count to hear the verdict.

Echoing the words of Labour’s Margaret Smith during her speech at the election count, after failing to win Oatlands and Pannal, Cllr Warneken said the time had come for a proportional representation voting system.

“If we had PR we’d have more candidates from minor parties.”

Next door to the count in the Harrogate Convention Centre yesterday was The Assemblies of God conference, where over 500 different churches were meeting.

In previous local council elections, it has felt like most Green candidates haven’t had a prayer of winning.

He will join four other North Yorkshire-based Green Party councillors on the new authority.

“The world is coming to its senses. It’s given us hope.

“We face serious existential issues. We have the climate crisis and we have to green up out town.”

Ms Oakes said she hopes parties can agree to step aside in future, but thinks it will be a tough ask.

“It was a real struggle to get the one that we did.”