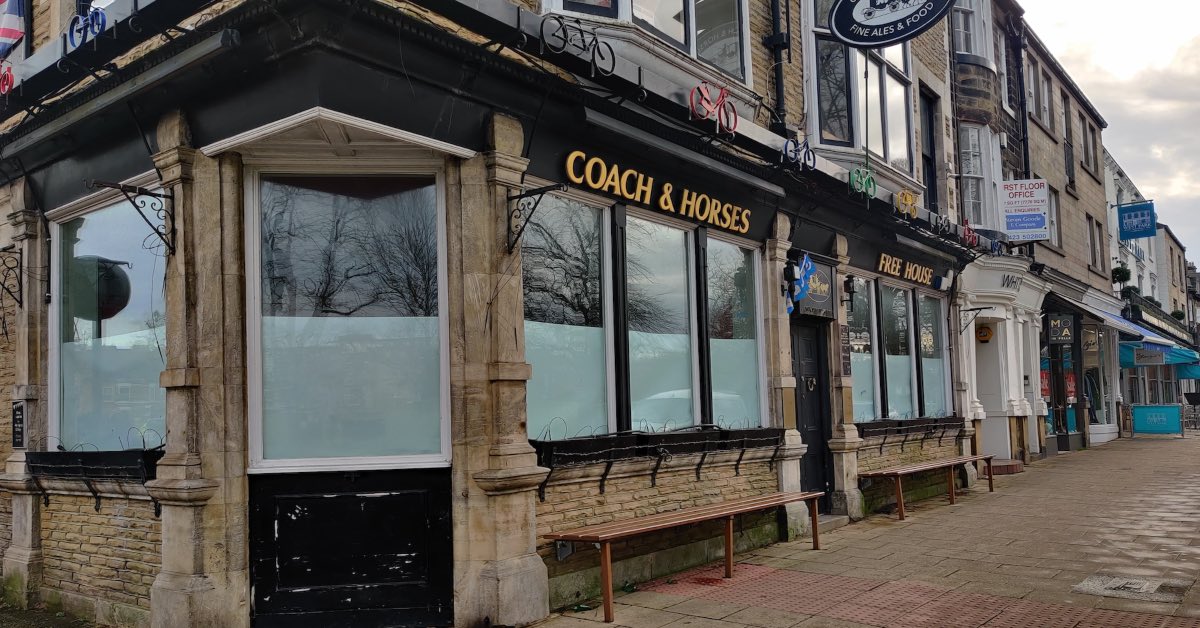 The Coach and Horses pub on West Park, Harrogate.

Plans have been lodged to refurbish the Coach and Horses pub in Harrogate.

Provenance Inns, which owns West Park Hotel on the same street, took over the pub in October last year.

The new owners have now submitted plans to revamp the bar and kitchen area and reinstate the corner entrance.

It would also see part of the first floor converted into a restaurant area along with staff accommodation and office space.

Anthony Blundell, commercial manager at Provenance Inns, told the Stray Ferret that the company wanted to maintain the Coach and Horses as a “traditional pub”.

“The idea is to refurbish what is already there.

“We see it as the last traditional pub in Harrogate. We know from our guests how well it was respected.”

Documents submitted to Harrogate Borough Council say the refurbishment will create up to 26 full time jobs across “a range of skilled and semi skilled occupations”.

It is unclear when the pub will reopen, however Mr Blundell said the owners could get started on the work as soon as planning permission is granted.

Harrogate Borough Council will make a decision on the proposal at a later date.

The Coach and Horses has been closed for 20 months.

Previous landlord John Nelson lost the pub’s licence when police found customers drinking outside and not observing social distancing rules during the weekend of May 30, 2020.

Mr Nelson is well-known in the Harrogate area — he was landlord for 33 years and raised hundreds of thousands of pounds for local charities.