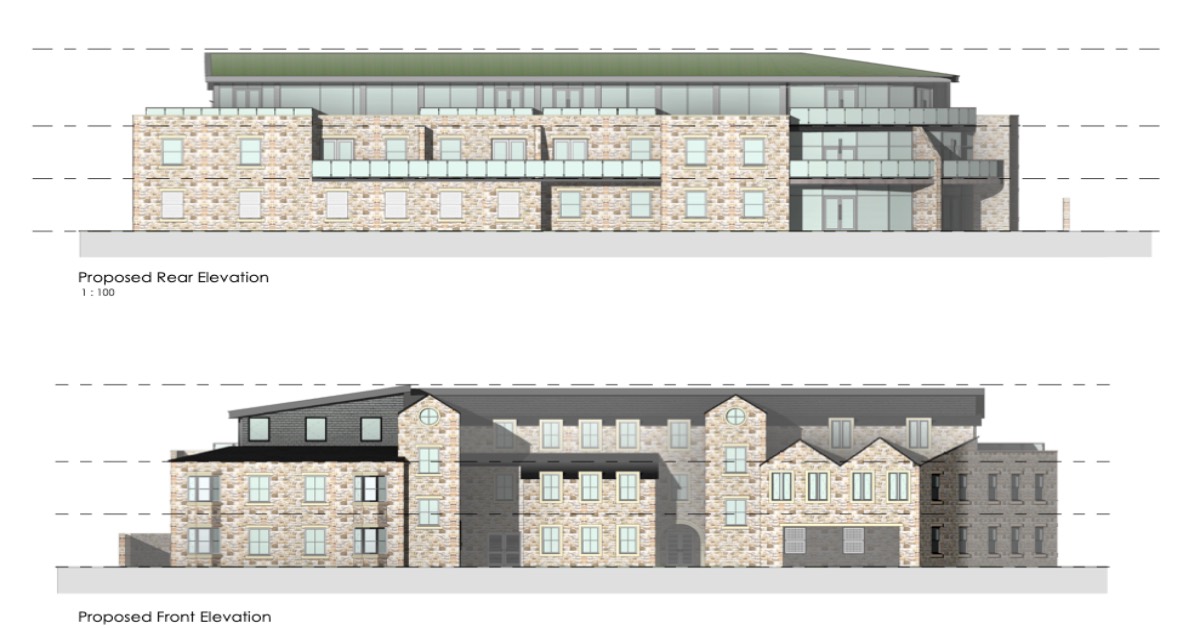 An artist's impression of the flats.

Developers have lodged plans for 15 new flats in Pateley Bridge.

Chartwell Barns Ltd has tabled the proposal to Harrogate Borough Council to build a three-storey block on the site of Daleside Garage on Bridgehouse Gate.

A total of three one-bedroom, eight two-bedroom and four three-bedroom flats are included in the scheme.

A previous application submitted to the council in 2018 proposed to convert part of the garage into storage space, a laundrette and offices.

At the time, owner Nidderdale Garages, which owns Daleside Garages, said in a planning statement that the site was “surplus to the business’ requirements” and that the proposal would “make more efficient use of the space”.

Harrogate Borough Council will make a decision on the latest proposal at a later date.