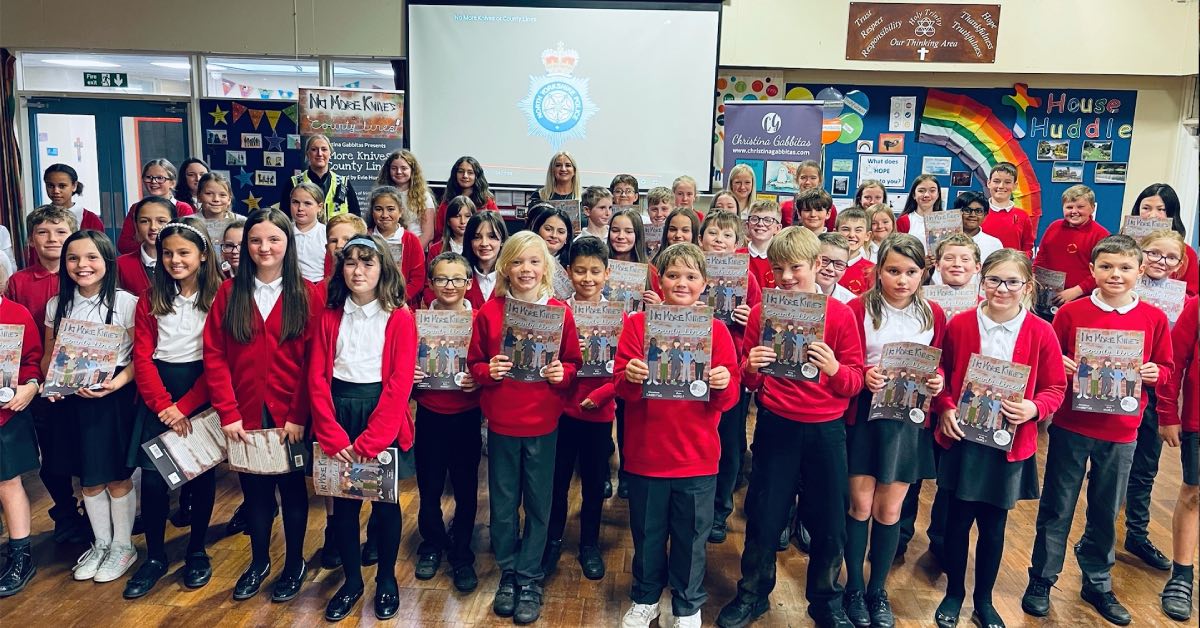 Students from a Ripon primary school kids were visited by police officers to talking about the dangers of knife crime and taking drugs.

North Yorkshire Police‘s school liaison team and author Christina Gabbitas visited Holy Trinity Junior School last week to show children the dangers of getting involved in crime and how to avoid it.

Visits were also make to other schools across the county, including Scarborough and York.

Concerns about crime in Ripon have grown in recent months with some residents “scared to go out”. The police has promised more visibility in the city in an attempt to crackdown on crime.

Ripon has seen incidents in recent months involving knives; one in August left a boy in tears when he was told at knifepoint to take off his trainers and hand over his phone and jewellery.

The visits were in conjunction with a national campaign to tackle knife crime, Op Spectre. The students watched a video which showed young people getting drawn into the world of drug dealing which resulted in one of them being stabbed.

They were also given a ‘No more knives or county lines’ work booklet at the end of the session.

Sergeant Heidi Lewis of the schools liaison team said officers were there to build relationships with the children and answer any questions:

“Education at an early stage is crucial to steer children away from falling into a criminal lifestyle and becoming exploited.

“Some young people think it’s safe to carry a knife in case they need it for self-defence – but this could not be further from the truth. Any knife in the hands of anyone can cost lives and that’s what we hope the children we have engaged with this week have learned”.

“I can’t emphasise enough how important it is for us to educate children at a young age about these issues and dangers. If we can get children to recognise the signs at an early age, we have a better chance to prevent them coming to harm.

“I am always so impressed with how engaged the children I speak to are. They are so keen to learn about these issues and because it’s done in a safe environment amongst peers, the children are very open and always ask a lot of questions.”

To reports concerns for the safety of a child, contact the police on 101.