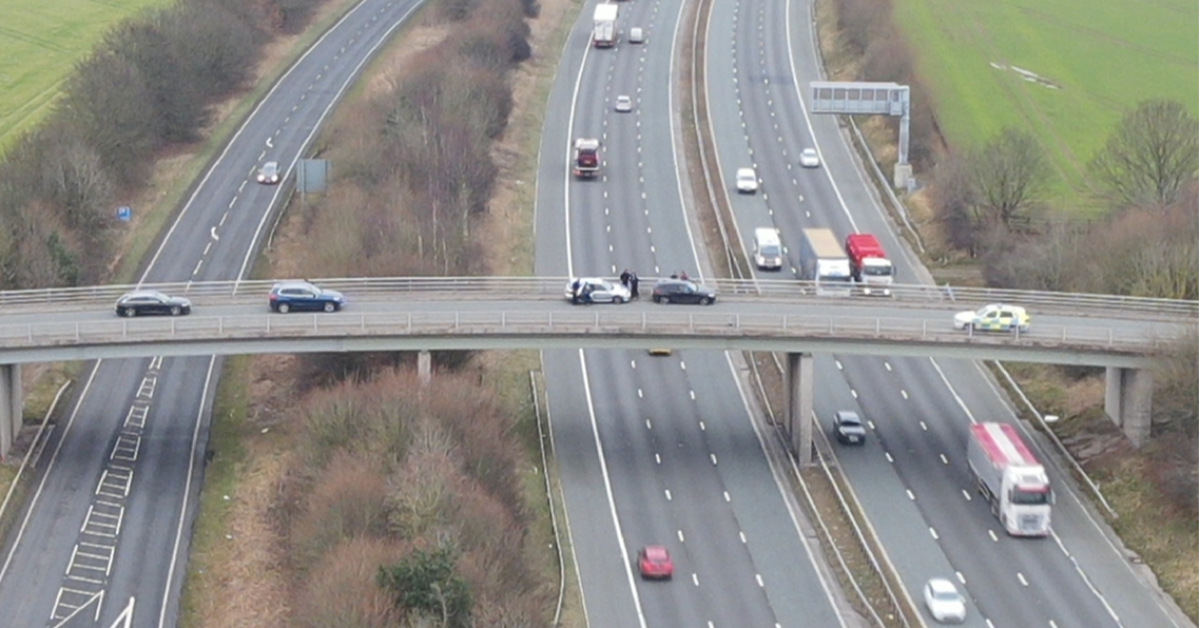 Police on the bridge over the A1(M) at Dishforth.

North Yorkshire Police sent armed police to a motorway bridge near Dishforth to discover that men reportedly carrying a gun were just taking pictures with a long-lens camera.

A driver called the police to tell them they had spotted one of three men on the A1(M) flyover take out what they described as a “long-barrelled gun” on Tuesday.

An operational support unit and firearns officers attended and sent up a drone, which took the above picture.

Officers soon discovered that the men were there with a camera to take picture of trucks and then left the men to their hobby.

“The three men did intend to shoot something but fortunately it was only photgraphs.

“Their hobby was truck-spotting and the ‘long-barrel gun’ was actually a long-lens camera which they used to take shots of passing wagons. After checking all was well, we left them to it.

“The member of the public was absolutely right to report their suspicions. Always better to be safe than sorry.”