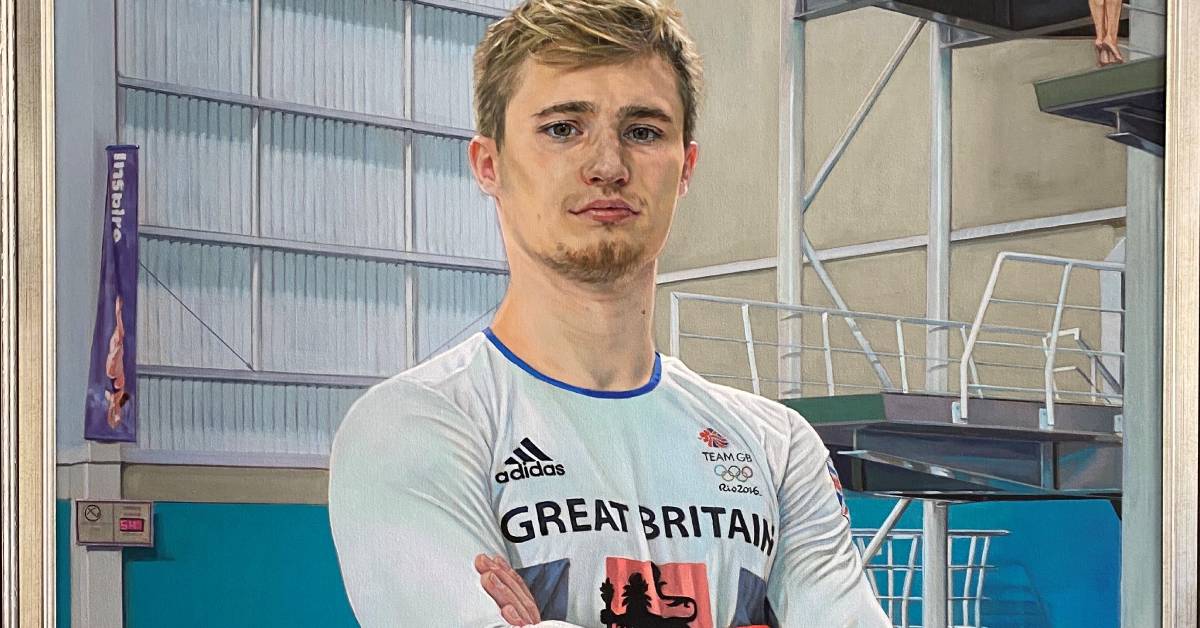 The former RGS pupil became an Olympic champion alongside partner Chris Mears at Rio 2016, when the duo made history in three-metre springboard synchronised diving.

Having become, with Mears, the first GB Olympic divers to win gold, he went on to take silver in the men’s individual three-metre springboard competition.

The painting by artist and RGS parent Fiona Scott, which features Jack holding his medals from Rio, now has pride of place at the school.

The school, along with sports fans across Great Britain, will be cheering him on as he competes in Tokyo. 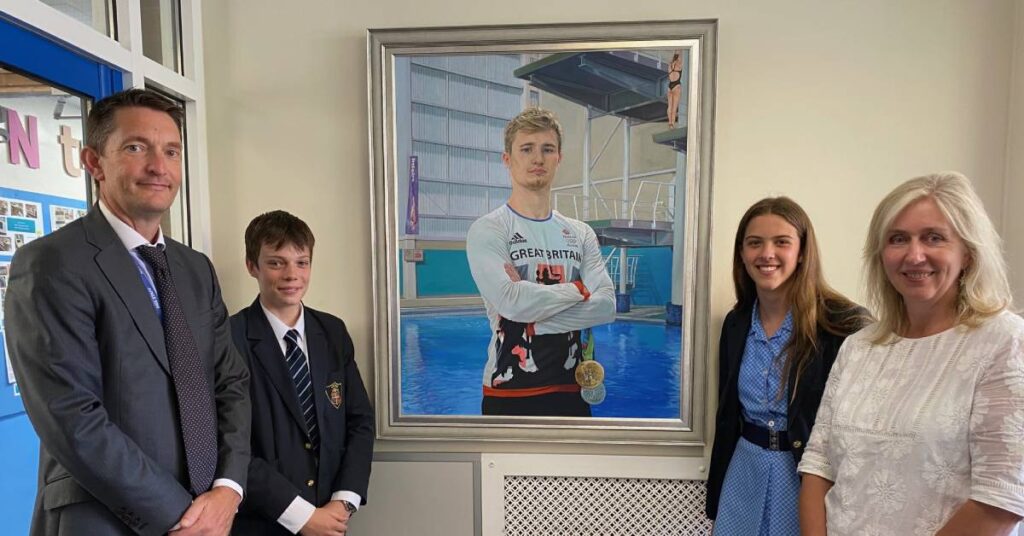 The synchronised event will be broadcast live on the BBC on Wednesday morning (7am UK time).

The individual event begins with the preliminary round at 7am UK time on August 2, with the semi-final and final respectively starting at 2am and 7am UK time, on 3 August.

Headmaster Jonathan Webb is thrilled to have the stunning oil painting of the Olympic gold medal winner hanging in school, particularly as it was installed just before the games. He said:

“Students and staff are all very excited and we’ll all be willing him on.”

Ms Scott, who arranged a sitting with Laugher at Leeds Aquatics Centre, said he was delighted to hear the painting was now on show at his old school.

Keen swimmer Darcy Harper was among the students who met the sporting hero when he returned to RGS to present prizes to pupils three years ago.

The 15-year-old, who has competed in national schools finals, said:

“I found it inspiring to hear his story and how far he’s come.”

Laugher, who left RGS in 2013, has also inspired Dan Brown, who has represented RGS in county swimming championships, athletics and tennis.

The 14-year-old, who is aiming for a career in sport, said:

“He has shown how it’s possible to combine a professional sporting career while managing his schoolwork, which I really admire.”

“I think it’s so cool to know that Jack Laugher came to this school and has gone on to achieve so much.”

The Laugher painting was shortlisted for the Royal Society of Portrait Painters‘ annual exhibition in London in May last year before the exhibition was cancelled due to covid.