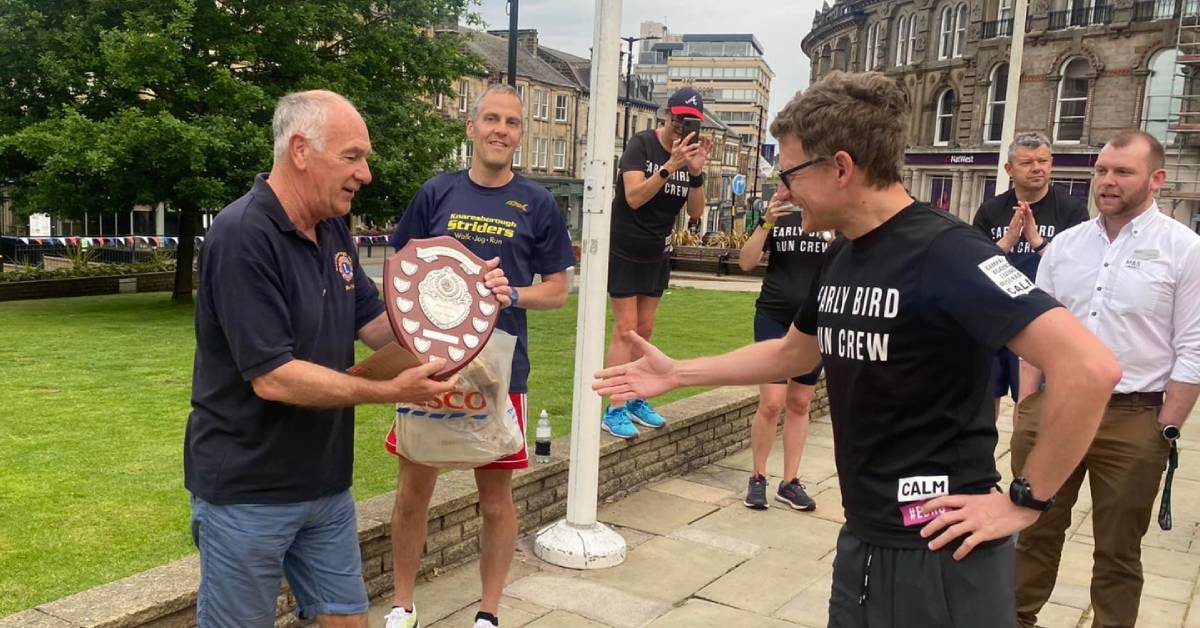 The fastest new team prize for Knaresborough Bed Race was presented to a Harrogate running club today, after a mix-up saw the trophy incorrectly awarded to the wrong team.

The famous race returned to the town for the first time since 2019 last weekend and saw thousands of people line the streets for an entertaining and enjoyable day.

It’s a COP-Out were handed the trophy on Saturday, but after being made aware of the error they magnanimously handed the trophy back to the Knaresborough Lions, which organises the bed race, and it was duly presented to EBRC Harrogate this morning. 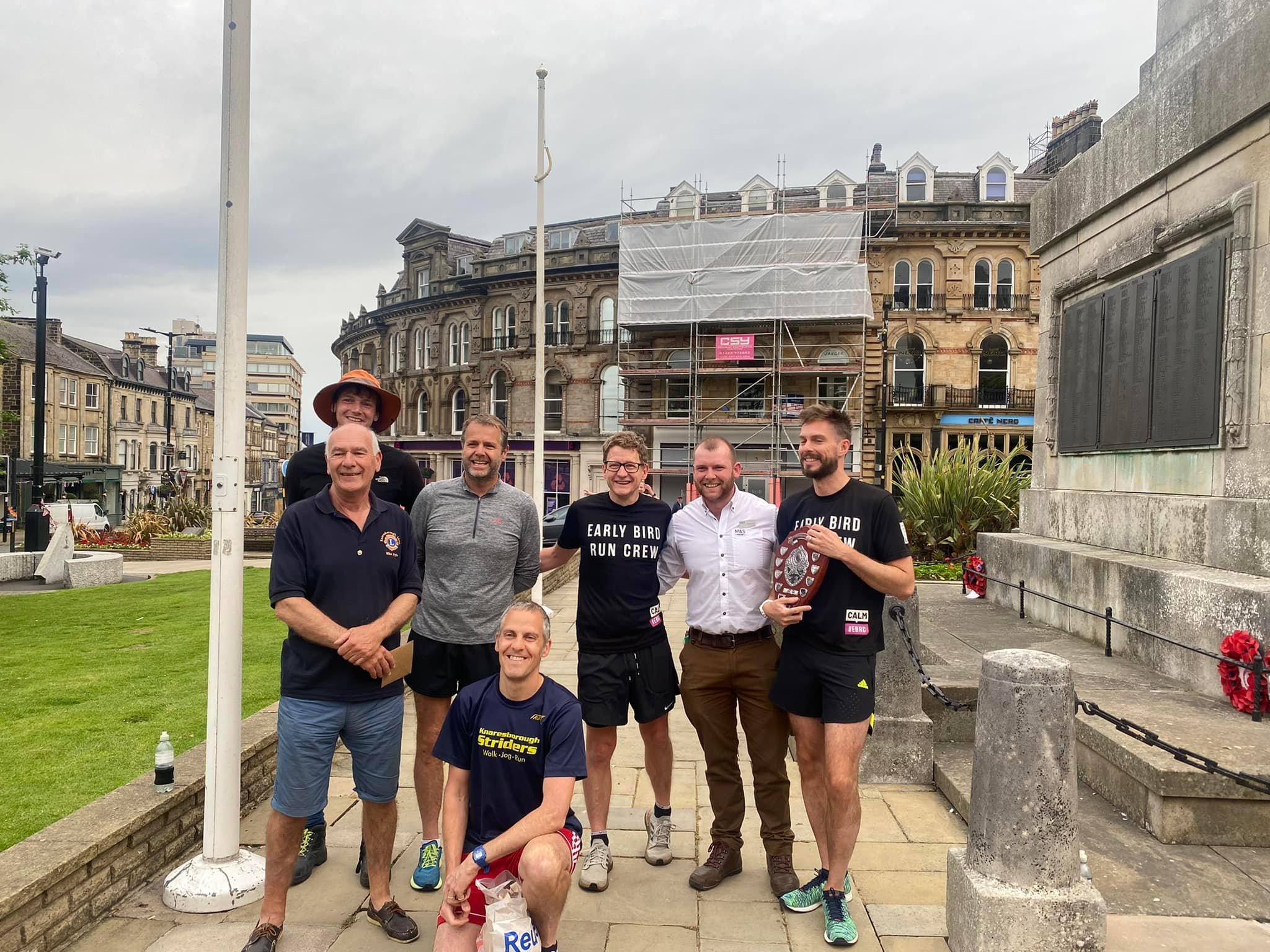 “Things don’t always go to plan and unfortunately the fastest new team prize on Saturday was awarded to the wrong team.

“Thank you to It’s A COP-Out for being so magnanimous when told of the error, and thanks for EBRC Harrogate for being patient in receiving their prize.

“Amazing running by all new teams and we hopefully look forward to seeing you back in 2023.”

Knaresborough Lions PR officer Martin Brock even joined EBRC’s 6.30am Friday 5km run around Harrogate after handing over the trophy.