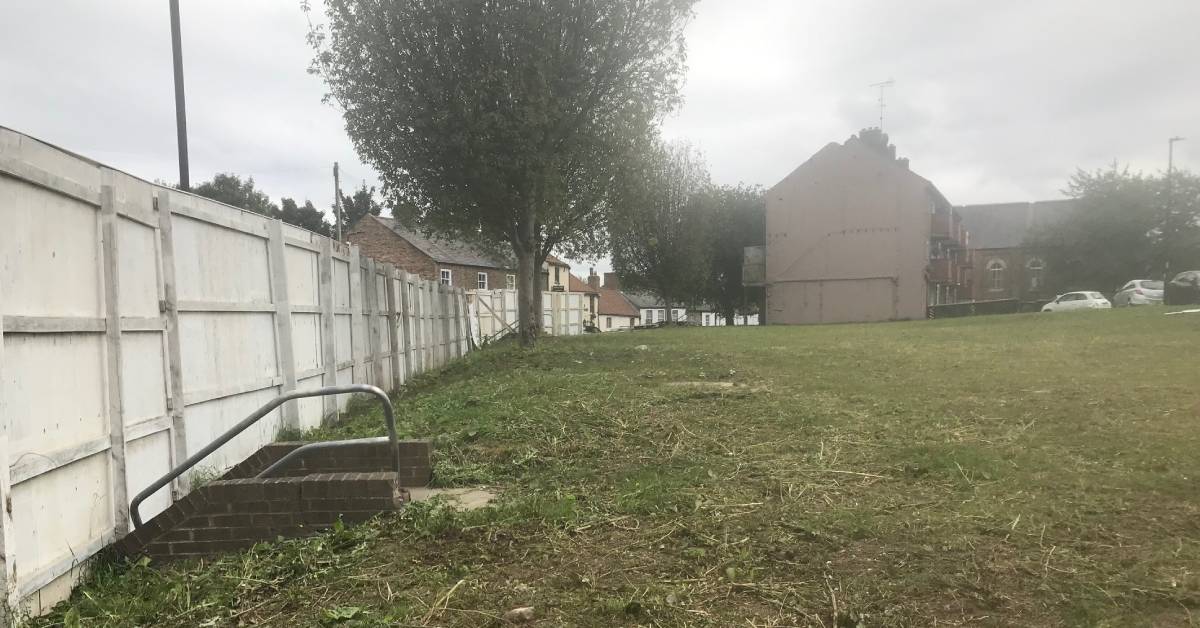 The appearance of the area has been greatly improved.

A tidy-up is underway at a central Ripon location where a sinkhole prevented new homes from being built.

The Stray Ferret understands the area in Allhallowgate will remain as green open space for the public to enjoy. Further details are expected shortly.

Grey hoardings around the site were taken down yesterday as part of the proposed makeover.

Harrogate Borough Council was set to build 17 homes to replace a block of flats in poor condition on Allhallowgate.

However, serious ground stability issues came to light during demolition of the existing properties and the project was scrapped in 2019.

The proposed scheme was backed with funding from the Ministry of Housing, Communities and Local Government but the sinkhole made the development economically unviable. 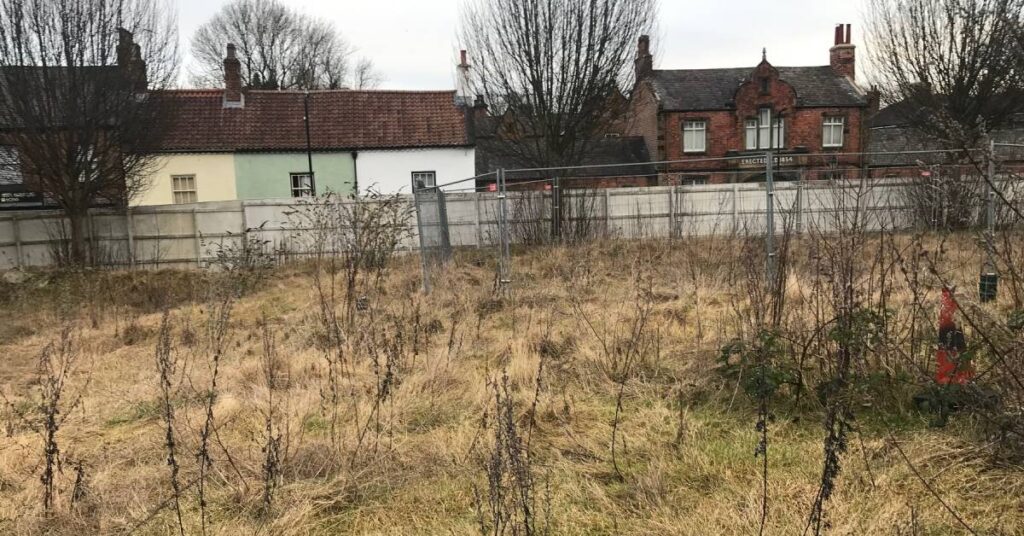 The site, pictured in February before the tidy-up began

The area remained dormant. Hoardings were erected and an entry gateway was chained and locked.

“The area is going to be tidied up, levelled, re-seeded and greened to improve its appearance.

“It has become overgrown and the hoardings are a bit the worse for wear.”

With the removal of the hoardings, the extent of the tidy-up operation has become evident.

Bushes and overgrown foliage have been cut back and grass is starting to grow. 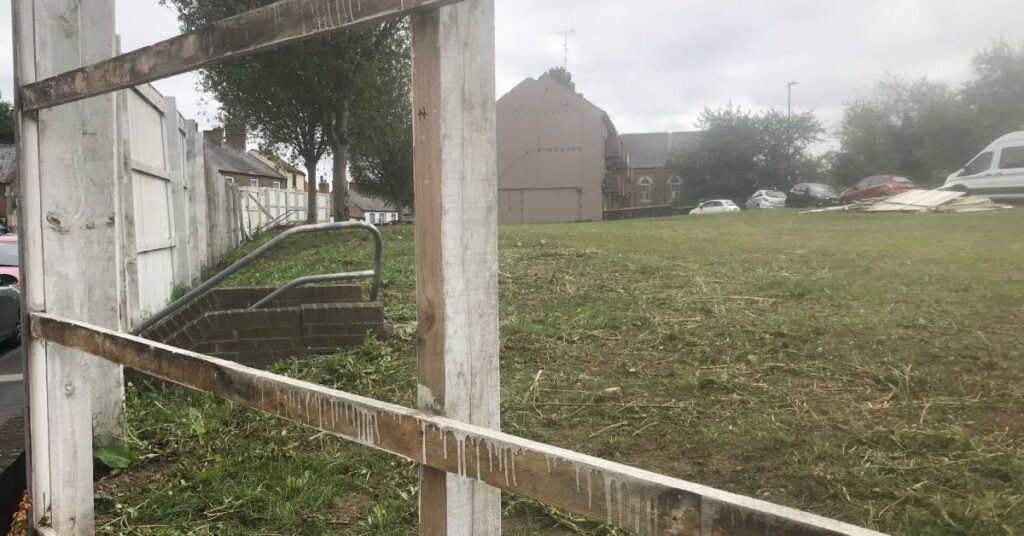 Removal of the hoardings started yesterday

Residents of the demolished block were all permanently re-housed by Harrogate Borough Council and funding has been allocated for extensive refurbishment and improvement of the remaining Allhallowgate block, which is due to start shortly.

Ground instability problems caused by the soluble nature of gypsum have been seen in many parts of Ripon.

The Stray Ferret reported in October about the evacuation of a residential block at Bedern Court, caused by subsidence in the area.

In February 2018, a sinkhole opened up on the car park of Ripon Leisure Centre, off Dallamires Lane. A further void discovered near the leisure centre entrance a year ago is under investigation.

In 2016, a dozen homes in Magdalen’s Road were evacuated after a 66-foot wide sinkhole opened up.