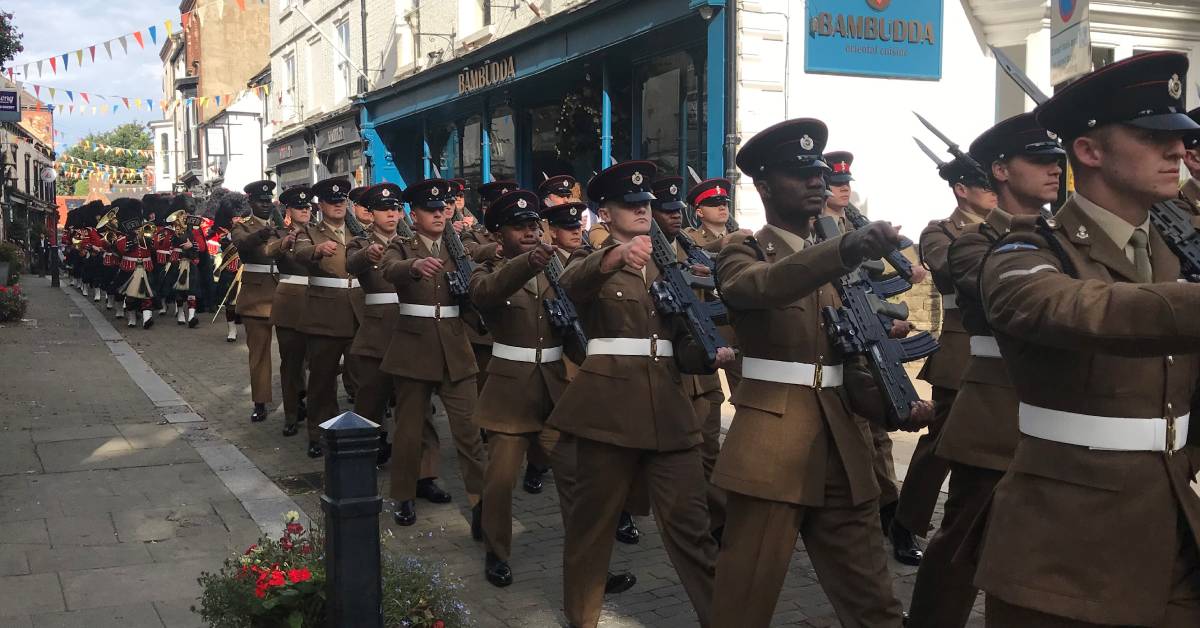 The march down Kirkgate towards Ripon Cathedral

Ripon’s Royal Engineers exercised a right granted to them 72 years ago, with their annual freedom march through the city this morning,

The four sqaudrons of 21 Engineer Regiment were represented in the spectacular event, which saw them march past Ripon Town Hall, the famous Market Square and obelisk and down Kirkgate to Ripon’s ancient and iconic cathedral.

An advance party led the troops who, in line with tradition and the rights bestowed on them when freedom of the city was granted, marched in step to the sound of their military band with drums beating, colours flying and bayonets fixed. 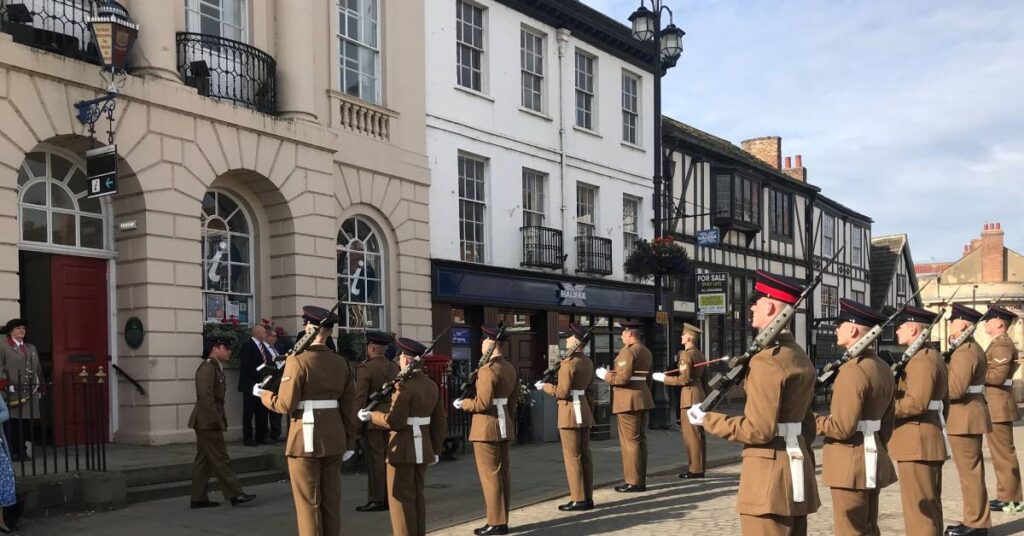 The advance party paused outside Ripon Town Hall, where they were met by hornblower Allison Clark

Since 1949, Royal Engineers based at Claro Barracks have had the Freedom of the City of Ripon and this morning’s march followed a day on Market Square yesterday, at which they showed the public machinery and equipment used in supporting British armed forces in many parts of the world.

The march was a prelude to a ceremony at Ripon Cathedral marking Councillor Eamon Parkin’s continuance as mayor of the city – an historic event making, him the first to remain in office for three consecutive terms.

“I am honoured to serve this fine city and proud of the association that it has had with the Royal Engineers, for as long as I can remember.

“They do us proud here in Ripon and do the country proud, through their service around the world.” 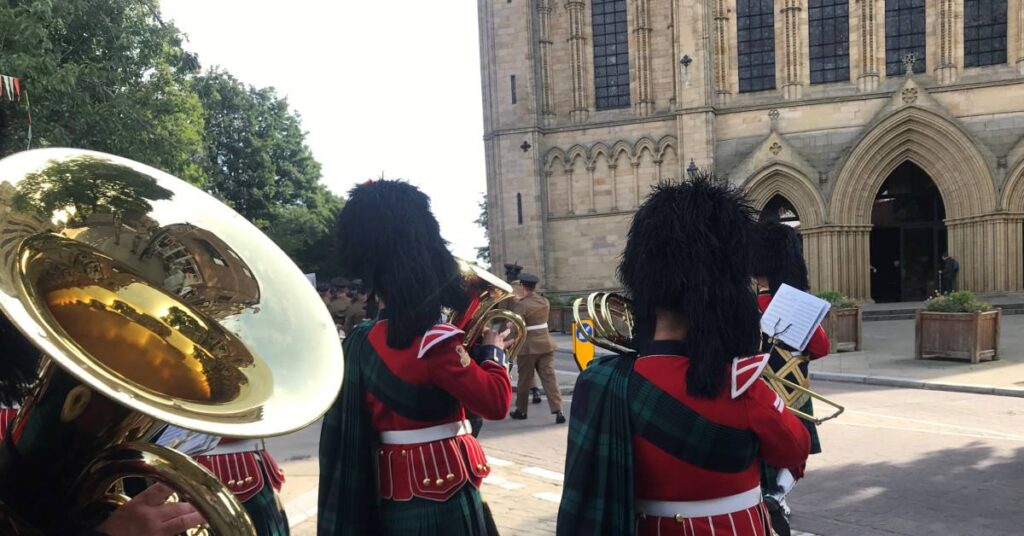 The band set the beat for the marching troops

Yesterday, Lt Col Simon Graham, commanding officer at Claro Barracks, where 650 personnel are based, pointed out:

“A lot of our time in Ripon is spent behind closed doors and though our work takes us to many places around the world, we feel very much part of this community.”

“It’s marvellous to have the honour of the Freedom of Ripon and this weekend is a great opportunity to let let people know what we do.” 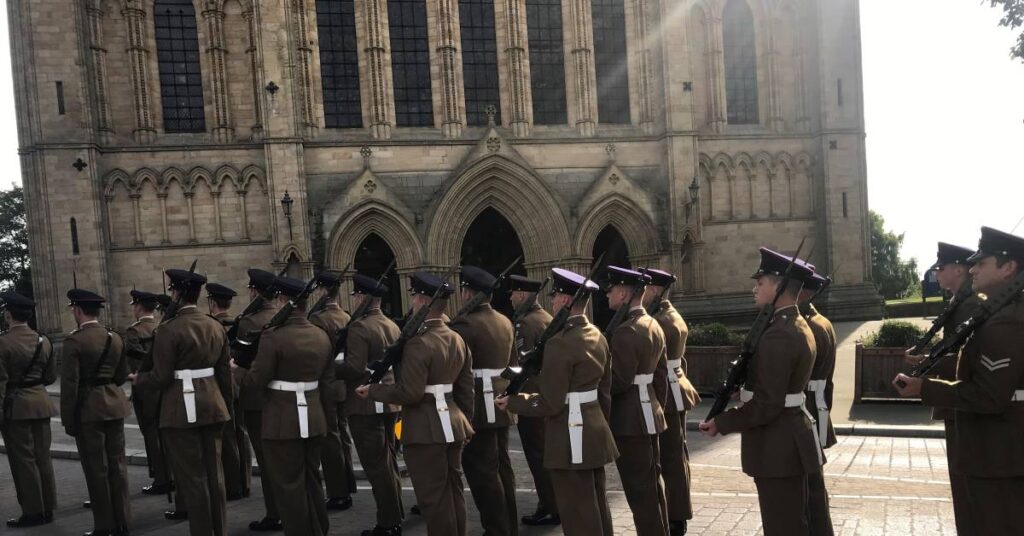 The troops pass the cathedral

The Royal Engineers have served on operations in Northern Ireland, Kuwait, Bosnia, Iraq, and Afghanistan, providing light role close support that enables the army to live, move and fight.

In Afghanistan, the regiment was deployed on Operation Herrick, the codename used for all British military operations in Afghanistan since 2002.