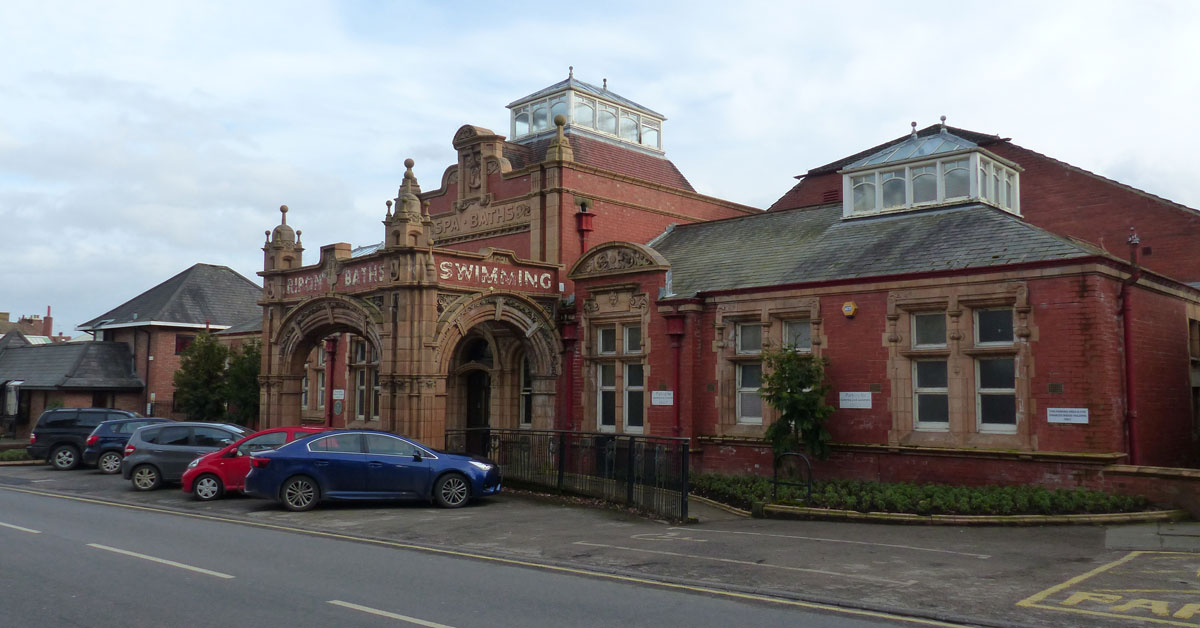 Harrogate Borough Council has officially put 116-year-old Ripon Spa Baths up for sale despite fears it could be turned into housing.

The Grade II listed building has gone on the market in advance of a new £10.2 million Ripon Leisure Centre opening this year.

Commercial property agents Sanderson Weatherall has advertised the baths for an undisclosed price.

The sale document includes a quote from the council’s planning department saying the property could be suitable for “low density residential use” or “community uses”.

Ripon City Council passed a motion this month to prevent Harrogate Borough Council selling the baths to a private developer for residential or other redevelopment.

The sale has angered city councillors, who say the borough council did not consult with them.

Ripon Civic Society also called on the borough council to consider how the building could be used to improve health provision in the city.

Harrogate Borough Council declined to comment when the Stray Ferret asked how much it hoped to raise from the sale.

“Ripon Spa Baths has served the community well over the years and is now being replaced by a modern, state-of-the-art pool at Ripon Leisure Centre, following significant investment by the borough council.

“The future sale, and redevelopment of the listed building, would allow this local asset to be redeveloped (subject to planning approval), retain key features and remain as a city landmark.”

The original complex, located next to the Spa Gardens, has the distinction of being the last spa to open in England.

It also became the only spa granted a royal opening when Princess Henry of Battenberg carried out the ceremony in October 1905.

A reconfiguration of the building in 1936, saw the complex converted into the city’s first public swimming pool.

Ornate stained glass windows and other architectural features remain to this day.