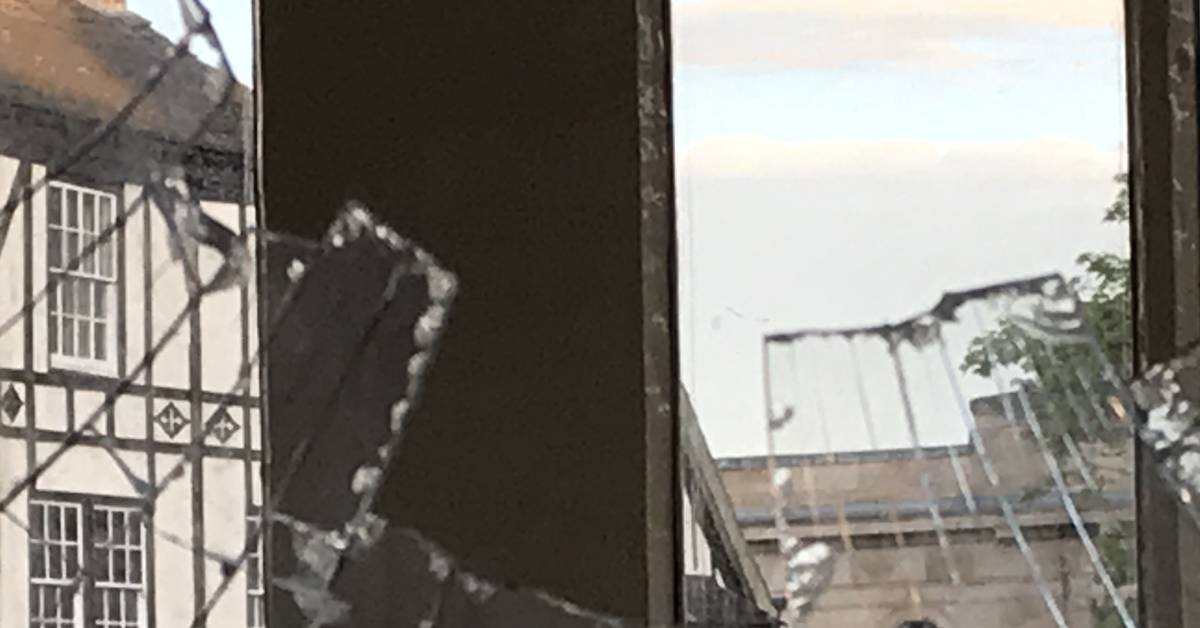 Vandals strike again - this time three of the cabmen's shelter windows were smashed.

Police in Ripon have further violent and anti-social behaviour to investigate this morning.

Last night a man in the city suffered cuts when he was hit in the face with a stone thrown by a thug.

The incident was reported on social media by the man’s wife, as a warning to others.

“The small minority of trouble-making kids are at it again in Ripon town centre.”

The woman advised others to take care:

The stone, which cut her husband’s forehead, narrowly missed his eye and glasses.

It was thrown by one of a group she said were ‘hanging out’ in the alley next to M&Co in Fishergate. 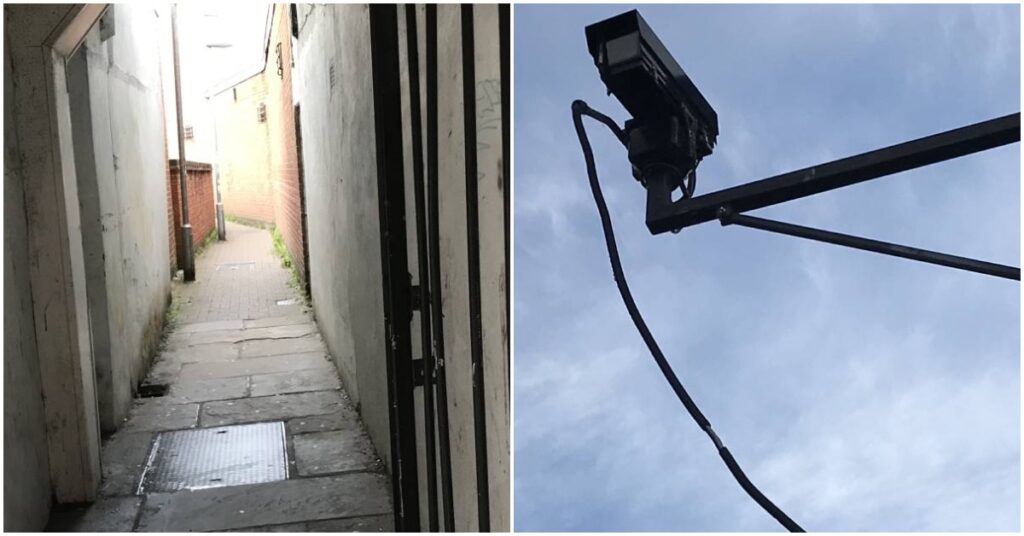 Pictured above is the alley near where the attack took place, and the CCTV camera on Market Square North.

Just yards away from where the incident occurred is a CCTV camera that faces onto Market Square.

“I just hope that the camera captured images of the group, which can help the police with their enquiries and to make arrests.

“I’m also hopeful that the camera will assist them in catching the vandal or vandals, who smashed windows at the cabmen’s shelter at the weekend.

“It’s the second time in a matter of weeks that it has been attacked and we now face another repair bill.”

Cllr Williams, has led the city council’s calls for more patrols, high-visibility policing and use of mobile CCTV in Ripon.

He and fellow councillors have said they want to work alongside the police to eradicate Ripon’s recurring problems of violence, vandalism and criminal behaviour.

Police were informed after three windows were smashed in the cabmen’s shelter.

It’s the second time in less than three months that the unique structure belonging to the city council has been vandalised.

Dating back to the days of horse-drawn transport — it is the UK’s only mobile listed building, after Royal Engineers installed wheels as part of a re-fit.

The shelter recently underwent a further extensive refurbishment costing £22,000, before being returned to Market Square.