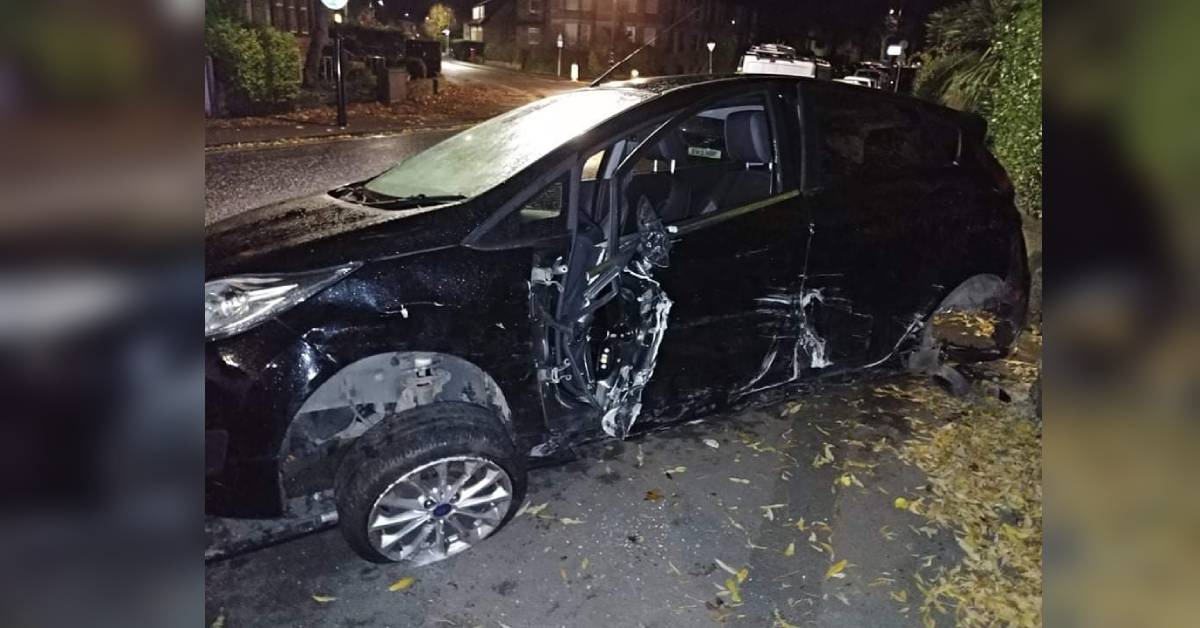 A suspected ‘boy racer’ crashed into two parked cars near Harrogate’s Asda supermarket in the early hours of Wednesday morning.

A bystander took photos of the aftermath on Dragon Parade near to the roundabout at around 2am and sent them to the Stray Ferret.

The resident said he left his house nearby after hearing a loud noise coming from the road. He said the people inside the car that crashed “did a runner” and nobody appeared to be hurt.

A North Yorkshire Police spokesperson said no arrests have been made related to the incident.

There has been a longstanding issue of fast and loud cars driving through the town. Asda car park is regularly used as a meeting place for boy racers.

Do you think enough is being done to combat boy racers in Harrogate? Contact us on [email protected] and give us your views. We publish Stray Views every Sunday evening.

In today's article ahead of the Crime Commissioner election, the candidates are questioned on how to stop speeding.
https://buff.ly/3nGvZat