0 Items
Temporary Bilsdale mast should be in place in three weeks, says transmitter boss
by 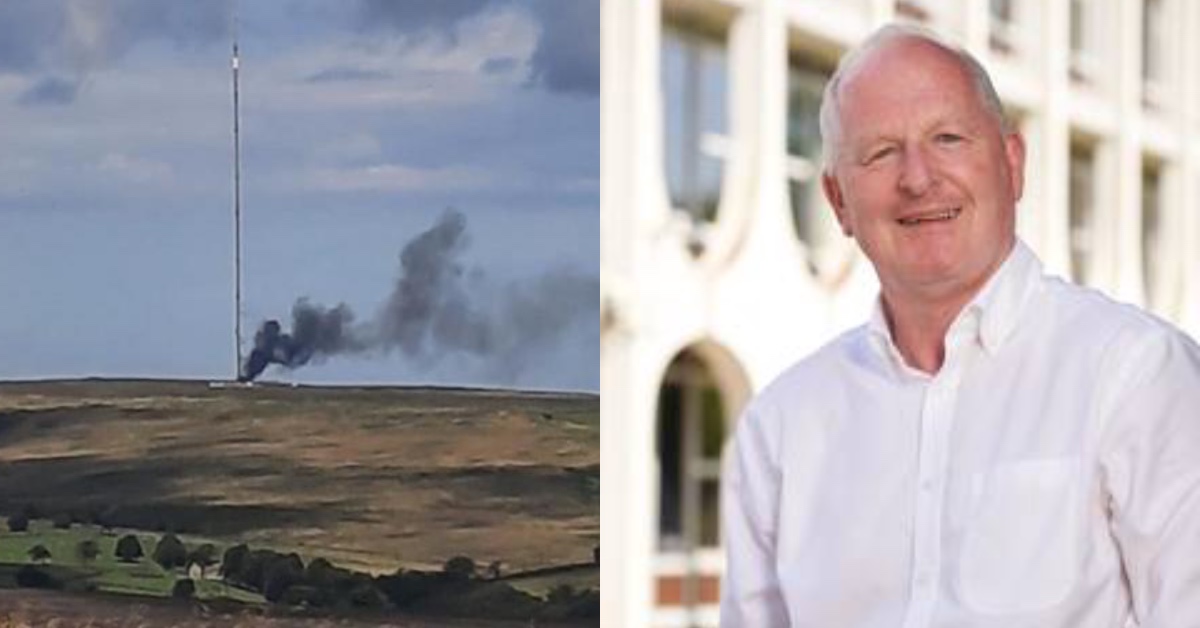 Paul Donovan, chief executive of Arqiva, says a temporary transmitter could be in place in three weeks time.

Television signals should be restored in a little over three weeks to 90 per cent of residents across the north hit by the Bilsdale transmitter fire, the boss of the firm which owns the mast has claimed.

Arqiva chief executive Paul Donovan said he was optimistic that European environmental regulations over the protected site would be overcome imminently and the firm was ready and eager to install a temporary 80m mast in a disused quarry on the North York Moors.

The loss of coverage has affected parts of the Harrogate district, including Masham and Ripon.

After almost a month of escalating anger over the length of time it has taken to restore television signals to the BBC North East and Cumbria area, Mr Donovan issued an unreserved apology to the hundreds of thousands of residents that have been denied services since a fire wrecked the 306-metre structure on August 10.

The cause of the fire, which started between 25m and 50m up the mast, is being investigated by forensic consultants employed by the firm. The firm has ruled out arson.

“I know it seems like four weeks is a long time since the fire, but we have been working 24/7 to make sure we deliver those technical solutions as fast as we possibly can.”

Mr Donovan, whose firm delivers television services to 17 million homes, said he appreciated the lives of elderly people had been severely impacted, as his customers on average watched television for 240 minutes a day.

He was speaking to the media on the edge of an exclusion zone surrounding the damaged transmitter, just days after the national park authority raised concerns over the speed that Arqiva was working to install an 80m temporary mast at the site.

Brushing aside suggestions from the North York Moors National Park authority that Arqiva had “lost several weeks” due to inaction and focusing on access issues at the site, Mr Donovan said his firm prided itself on “providing super reliable services”.

“When was the last time you switched on your TV and wondered whether it would work or not? This is a very unusual and irregular event for us that has very significant impact and we would like to apologise for that.”

Mr Donovan said Arqiva had been working tirelessly to restore services and by introducing temporary sites, such as a new one at Sutton Bank, near Thirsk, bringing signals back to a total of 500,000 homes.

“We are very close, in fact I use the word imminent, to gaining full planning approval for a temporary 80m mast in a disused quarry.”

He said following legal concerns with landlords Mexborough Estate over access to the site a fleet of helicopters had been booked to do more than 100 trips to the remote moorland site, bringing up hundreds of tonnes of concrete and construction materials.

“As soon as we have planning permission and we are really ready to go for this it will take around 21 days for that to be in place.”

He said Arqiva would work to mitigate the impact on remaining 10 per cent of homes which did not get their signal restored with the temporary mast by tuning the network and looking at additional infill sites for temporary coverage.

“However, there will be areas, a little bit like a mobile phone network, which have some not-spots.”

Mr Donovan said the firm had opened talks with North Yorkshire County Council and charitable organisations about what it can do to help the most vulnerable people in those not-spots.