0 Items
Under-pressure crime commissioner Philip Allott: ‘I will not resign’
by 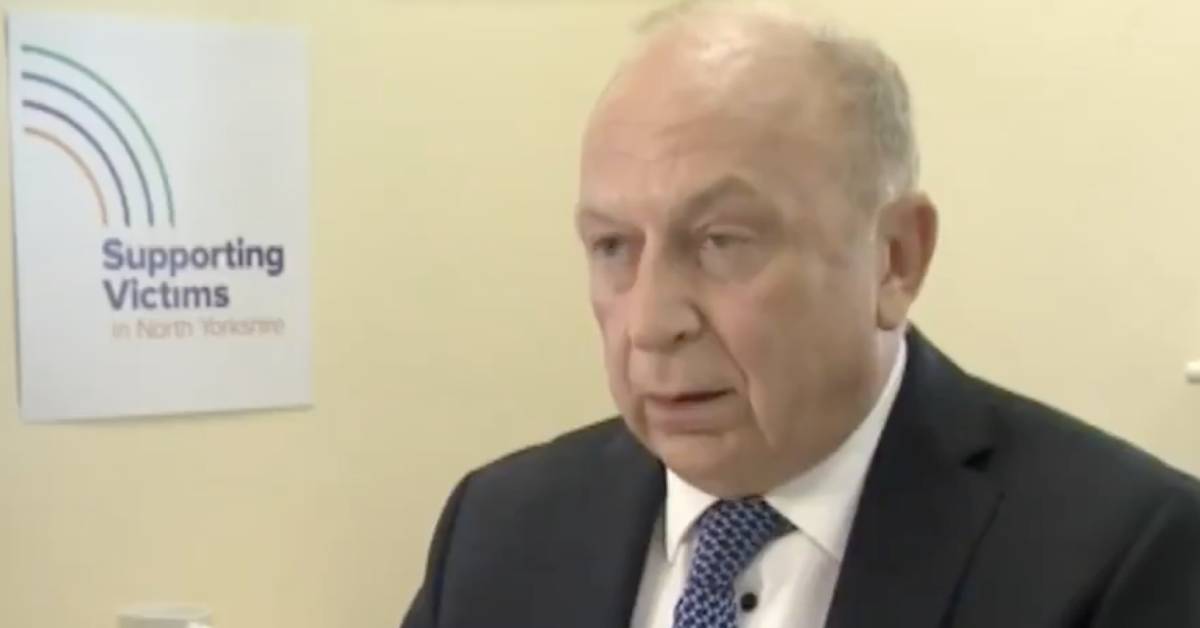 Philip Allott, the Conservative North Yorkshire Police, Fire and Crime Commissioner, reiterated today that he does not intend to resign.

Mr Allott was interviewed on BBC Look North this lunchtime in what was his first public appearance since his controversial comments about the Sarah Everard murder last Friday.

Back then, he said women “need to be streetwise” and that Ms Everard “never should have submitted” to arrest.

Since then more than 9,000 people have signed a petition calling him to go.

“I’m deeply sorry for the comments I made. They’re not the kind of language I would usually use. I’m just so horrified how my comments have been seen.”

When asked if he would resign, Mr Allott said he had “reflected” on his position and intended to stay.

“Because it’s more important that I carry through the mandate I was elected to do.

“83,000 people voted for me in North Yorkshire and York. That’s more than any Member of Parliament.”

Watch the interview below:

A North Yorkshire police boss who claimed women "need to be streetwise" after the Sarah Everard case has said he will not resign.

Philip Allott added he was "deeply sorry" for the comments he made.

Knaresborough resident Mr Allott has faced widespread criticism in the Harrogate district over the past week, including a protest at the war memorial in Harrogate last Saturday.

Harrogate LGBTQ+ non-profit organisation Pride in Diversity and business group Harrogate District Chamber of Commerce both withdrew invitations for him to speak at events.

The Harrogate & District Law Society also released a statement that said trust in Mr Allott had been “irretrievably lost” and he should resign.

North Yorkshire police, fire and crime panel, which holds the commissioner to account, is due to meet on Thursday next week and Mr Allott’s comments will be on the agenda.

The meeting will begin at 10.30am and will be available to watch online via North Yorkshire County Council’s website.