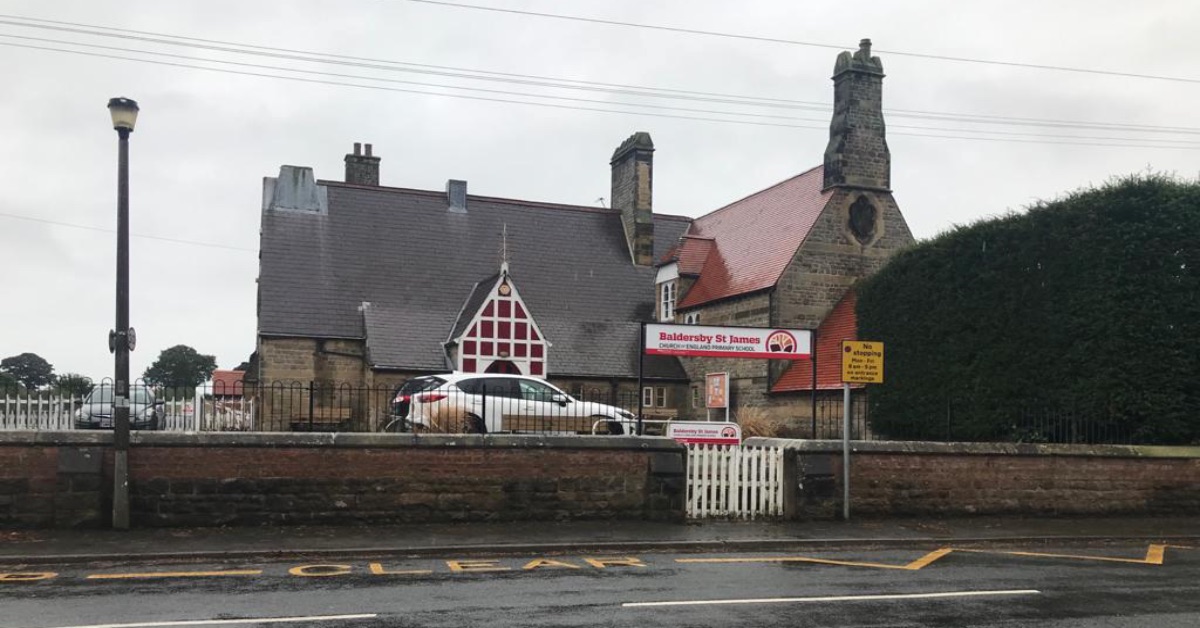 Baldersby St James Primary School, which is due to close in August 2022.

An event is set to be held to commemorate Baldersby primary school, north of Ripon, after the government confirmed it will close.

Hope Sentamu Learning Trust, the Church of England trust that runs the school, announced the closure, saying low pupil numbers “show no prospect of improving for many years ahead”.

Parents and staff had objected to the decision, but Nadhim Zahawi, secretary of state for education, confirmed in January that the school will close.

Now, a celebratory event for staff and pupils will be held at the school on July 2, 2022, and will be attended by the Rt Revd Paul Ferguson, Bishop of Whitby.

The school says it is keen to hear from past pupils or staff who have stories, anecdotes or photos to share or anyone who has a keen knowledge of the history of the school.

“Whilst we are sad that the school has to close, we are very keen to celebrate the history of the school and all of the wonderful teaching, learning, events and activities that have taken place over the years.

“We’re delighted that we will be joined by the Bishop of Whitby who will lead the church service.”

The trust has said the reason for its decision was that the school currently had 22 pupils in two classes, one for key stage one and the other for key stage two. Some year groups have just one student.

The school, which is a grade II listed building, has a maximum capacity of 60 students.

Cllr Patrick Mulligan, the county council’s education executive member, said previously that the authority was powerless to stop the closure as the decision would ultimately be made by the Schools Commissioner and Mr Zahawi.

He said there were sufficient school places in the area for Baldersby St James pupils to go elsewhere should the school close.

The catchment area for Baldersby St James is expected to be extended to Dishforth Church of England Primary School.

Baldersby St James school was built by Lord Downe following the establishment of the village in 1850. The school has served generations of pupils in Baldersby St James, Rainton and the surrounding areas.