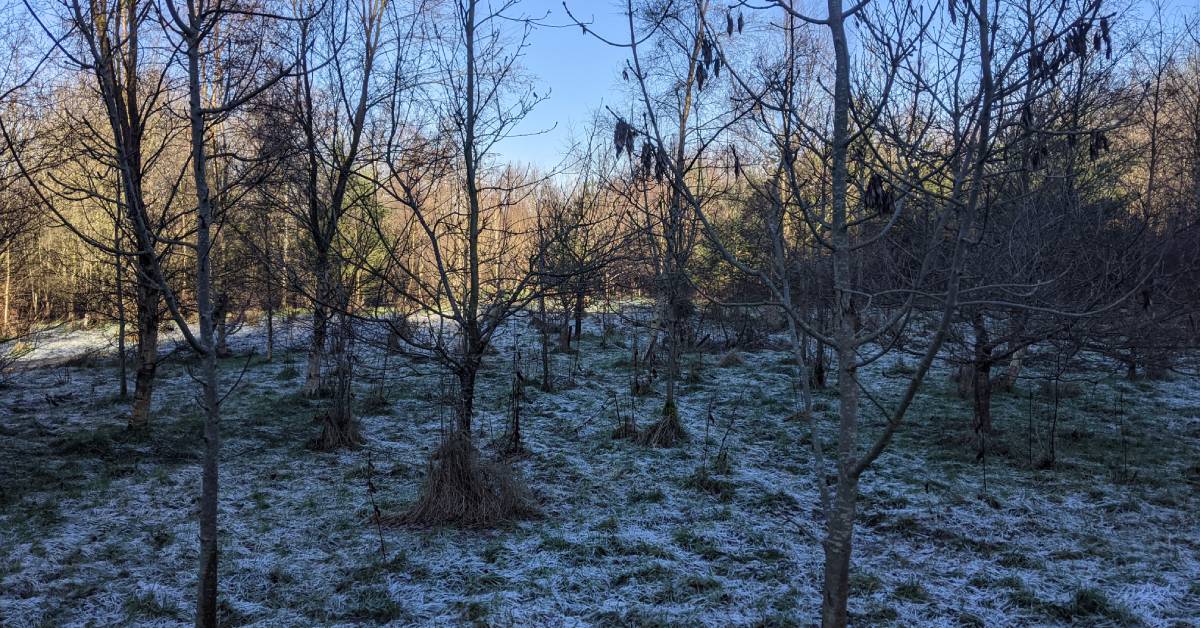 A section of Rotary Wood (pictured) would be felled if the plans are approved.

More eyes than usual will be on Harrogate Borough Council’s planning committee today when it considers controversial plans to expand a bottling plant in the Pinewoods.

Local planning applications rarely attract celebrity campaigners and national media attention — but Harrogate Spring Water’s proposals to destroy a section of woodland planted by local schoolchildren in 2005 has struck a nerve beyond the HG postcode.

The issue has received 372 objections and 29 in support. The cause has also found a high profile champion in former Countryfile presenter Julia Bradbury.

Many of the complaints relate to the increase of single-use plastic bottles but a council report, which recommends deferring and approving the application, says plastic is “not a reason to refuse the application” because it is regulated by specific legislation not connected to the planning system.

Trees are at the crux of the matter. Harrogate Spring Water has proposed to compensate for the loss of trees in the area of Pinewoods known as Rotary Wood by planting new trees on fields behind Harlow Carr Gardens, off Crag Lane.

However, environmental groups that have been deadlocked in talks with Harrogate Spring Water and its French parent company Danone, do not feel what is being offered adequately makes up for the loss of biodiversity and public access.

Harrogate Spring Water concedes that unlike Rotary Wood, the private land near Crag Lane will be inaccessible for dog walkers and hikers.

When The Stray Ferret spoke to Rob Pickering, marketing manager for Harrogate Spring Water, he was adamant the company would not explore other sites that could be used by the public. 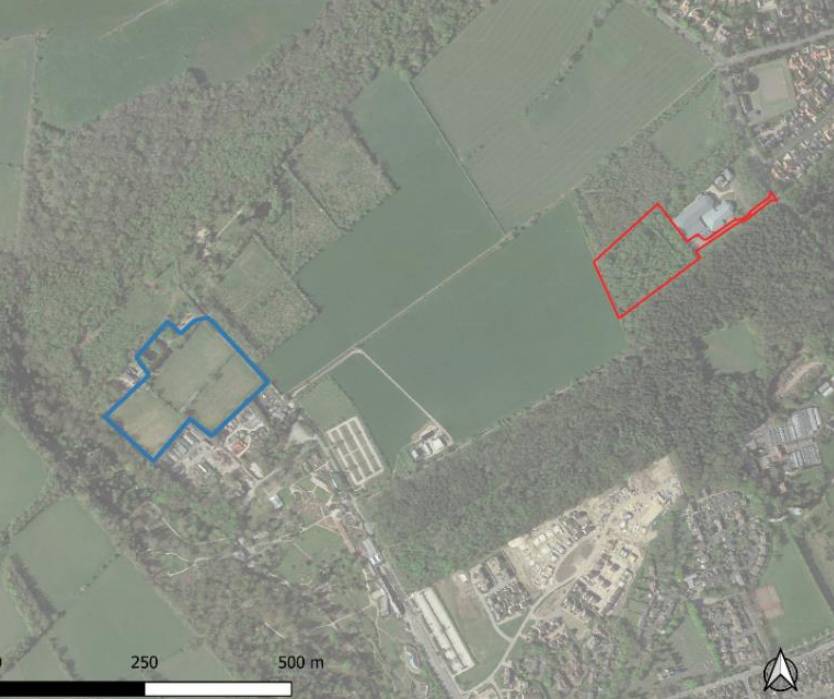 The proposed replanting site is in blue, and is behind Harlow Carr Gardens. The bottling plant extension is in red.

Mr Pickering said the replanting, as well as other proposals, which include building a new lake, would result in a “biodiversity net gain” for the area.

However, the climate benefits have been disputed by Piers Forster, a professor of climate physics at the University of Leeds who lives in Harrogate.

Over the weekend he published a co-authored report that says about five times more new woodland than is currently being offered is needed to properly compensate for the loss of trees in Rotary Wood.

Professor Forster went further in a letter to Harrogate Borough Council planning officer Mark Williams, saying that to pass the plans in their current form would lead to “reputational damage” for the council, especially in light of the the local authority’s carbon reduction strategy, which aims to achieve net-zero emissions on council property by 2038.

Many other groups have had their say on the application in recent days, including the Harrogate District Climate Change Coalition, set up by the council in 2019 to address the climate emergency.

The group issued a “neutral” statement on the proposals, whilst highlighting the importance of trees in mitigating climate change locally.

Harrogate District Climate Action Network (HDCAN), a separate group of 4,000 people which includes members from Extinction Rebellion Harrogate and Harrogate Friends of the Earth, wrote to councillors this week calling on them to reject the plans.

Follow the Stray Ferret on Twitter as we will be live-tweeting during the planning committee which starts at 2pm.