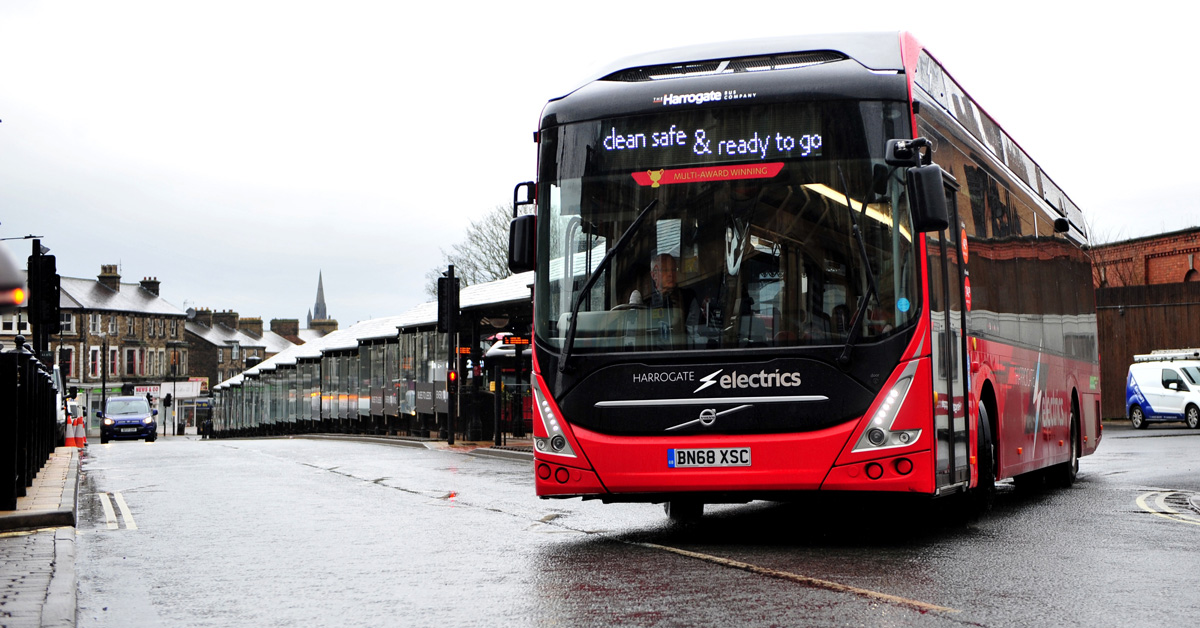 Improving bus services with more regular and reliable journeys across Harrogate and North Yorkshire will be an “enormous challenge”, the county’s transport boss has said.

Cllr Don Mackenzie, executive member for access at North Yorkshire County Council, made the statement on Tuesday when the authority approved its £116 million Bus Service Improvement Plan, which aims to boost passenger numbers and cut car use.

The plan asks for £116 million of government cash over the next eight years to fund support for existing and new services, a simpler ticketing system, better information on journeys and other measures.

The aim is for services to cover the whole of England’s largest county – something Cllr Mackenzie said will be an “enormous challenge”.

“Bus services are very important to us – we as a council spend over £24 million on buses to get our pupils to schools.

“We spend £1.5 million every year subsidising rural bus services, which are not commercially viable and would not run without us.

“We also spend over £7 million a year on providing 127,000 bus passes for free travel for people because of age or disability, or because they are carers.

“But the challenge we have today to provide regular and sustainable bus services throughout the vast geography that North Yorkshire County Council covers with its sparse population is enormous.

“That is why I welcome the national bus strategy.”

Under the government’s bus strategy, £3 billion is to be made available to make buses across the country cheaper and easier to use.

It is hoped these targets will be also met through so-called enhanced partnerships where councils agree to infrastructure improvements in return for better services from bus companies.

Other proposals in North Yorkshire County Council’s improvement plan include half-price fares for job seekers and apprentices, a new website with information on services and more zero-emission buses.

There is also talk of a park and ride scheme in Harrogate, which officials are looking into but have yet to bring forward any detailed proposals for.

There are two potential sites for this: land near Pannal Golf Club and another site near Buttersyke Bar roundabout, south of the village.

The Harrogate district has more zero tail-pipe emission buses than most places in North Yorkshire and it is hoped more will be provided through a £20m bid for government cash.

If approved, the cash will be used to make all of Harrogate Bus Company’s fleet zero-emissions, with 39 new buses coming to the district.

Alex Hornby, chief executive of Transdev in the north of England, which owns Harrogate Bus Company, has expressed his support for the bid, saying it comes at a time when he believes Harrogate is “ready to embrace more sustainable forms of travel”.

Mr Hornby is also one of several business leaders who will speak at a net-zero conference at Harrogate Convention Centre on Friday when the vision of a greener transport future will be high on the agenda.

Another aim of the improvement plan is to expand the rollout of the council’s on-demand bus service, YorBus, which allows app users to book and track services in Ripon, Bedale and Masham.

There have, however, been questions over why the service has been hailed a “success” after it emerged it has only attracted about three passengers per hour.

“We may or may not introduce it elsewhere, but so far the signs are very good.”