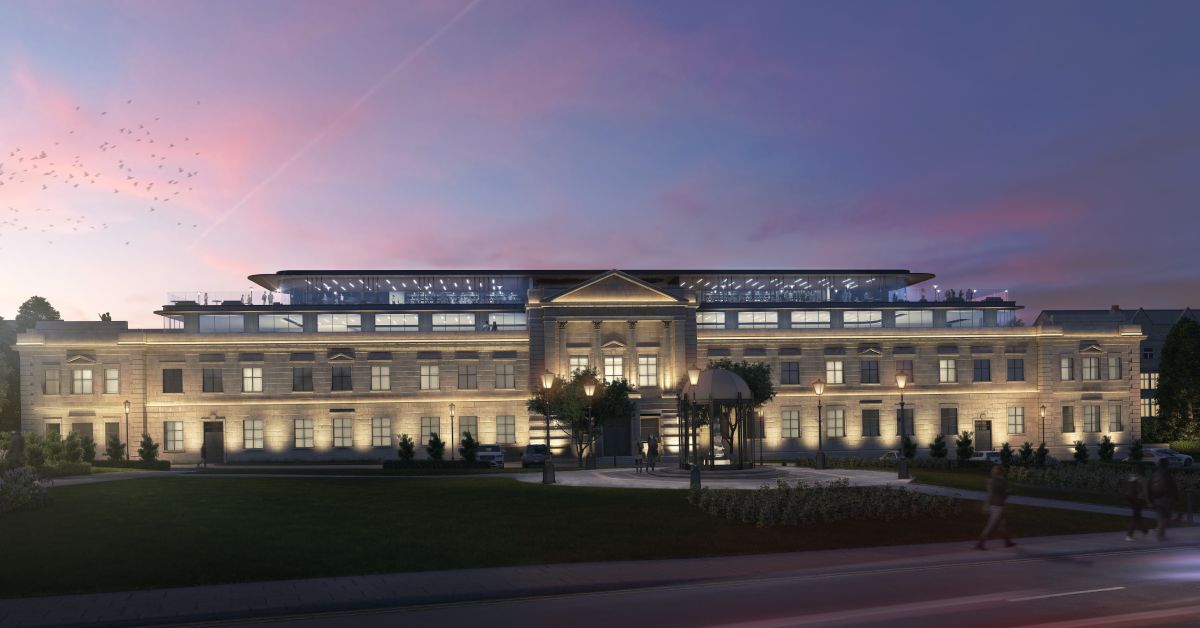 How Crescent Gardens will look

Plans to transform Harrogate Borough Council’s former headquarters with a two-storey extension and rooftop restaurant have been approved five years after the authority vacated the building.

The proposals for Crescent Gardens – which has sat empty since 2017 – also include a gym and new office space.

Harrogate-based property developers Impala Estates bought the building for £4 million in 2020 and are behind the plans after previous proposals for luxury apartments and an art gallery fell through.

“Unusually for an application of this size, there have only been five letters of complaint from members of the public.

“The small number of complaints is perhaps testament to the level of pre-application public consultation we undertook and that the final design has, where possible, taken this into account.

“This scheme brings significant public benefits which include bringing an empty building back into use and creating quality office space.”

Crescent Gardens was vacated by the council when it moved into its new Knapping Mount headquarters in 2017.

At the time, the council announced it would sell the building to property developer Adam Thorpe who had plans for a £75 million redevelopment including luxury apartments, an art gallery, underground car park, swimming pool and restaurant.

However, Mr Thorpe’s company ATP Ltd then fell into administration with debts of almost £11 million, including £24,394 owed to the council.

The latest proposals from Impala Estates had attracted objections from Historic England which questioned the public benefits and said the roof extension should not exceed one storey.

Some residents living on Swan Road raised further concerns over their privacy and how else the rooftop terrace could be used if the restaurant failed.

“Mr primary concern is the roof terrace – this must have adequate screening, preferably trees behind the roof glass balustrade to try to protect our privacy.

“As we already know, many restaurant spaces are empty in Harrogate. The Royal Baths directly opposite the building has recently failed.

“I worry that this venue will follow the same fate over the years, leading to the possibility of a bar or perhaps a nightclub ending up there.”

In response, council officers said licensing restrictions would be put on the building’s use.

It was also agreed that extra screening would be installed on the rooftop terrace.

Furthermore, Mr Hartley said double-yellow lines would be introduced on the nearby Swan Lane to reduce disruption from parking and deliveries which he added would be “significantly less” than when the council occupied the building.

Today’s decision to grant approval will have felt like a big weight off the shoulders of the council which is keen to see the long-running saga of Crescent Gardens come to an end.

But attention will soon turn to the future of its new Knapping Mount headquarters which has been brought into question ever since last year’s announcement that the council will be abolished in April 2023.

The council said the building cost £13 million. However, the Stray Ferret investigated the overall cost of the move from Crescent Gardens and put the figure closer to £17 million.

A decision on how the site is used in the future could well fall into the hands of the newly-elected members of the forthcoming North Yorkshire Council.