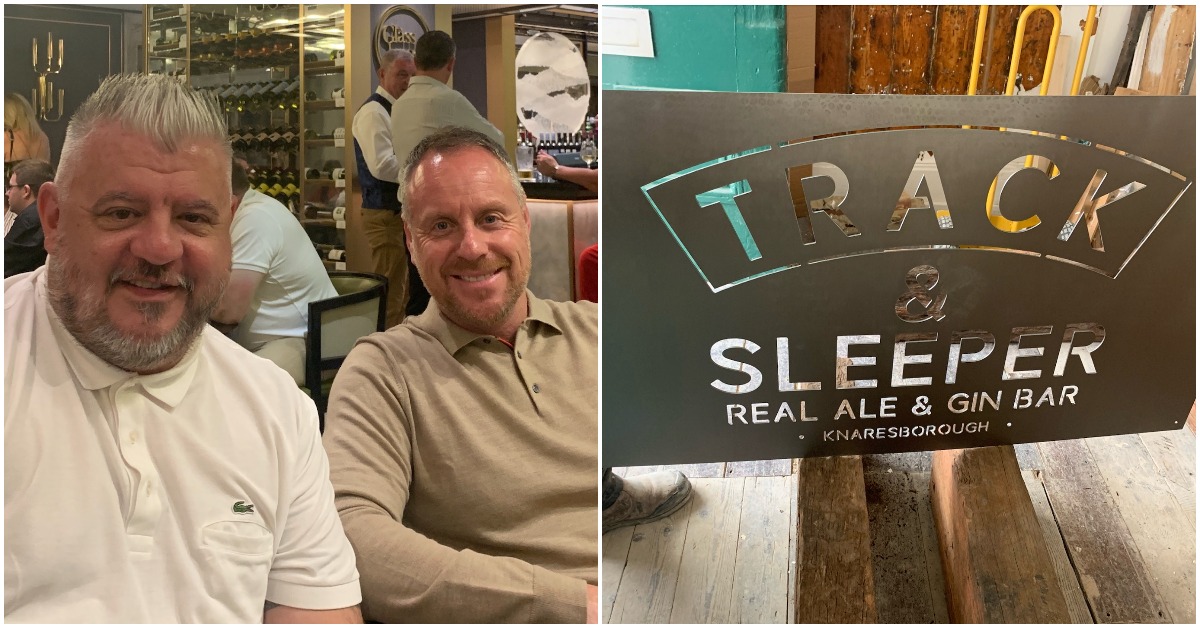 The owners of the Track & Sleeper in Knaresborough, Jason White (left) and Phil Paling (right).

The owners of a new bar arriving at Knaresborough’s train station next month say the project has become a “labour of love”.

Jason White and Phil Paling of Gorilla Brothers Ltd already own a brewery and bar near Doncaster that focuses on craft ales.

The Track & Sleeper will open on platform two by the last week of May, serving a selection of real ales, ciders and gins.

Its two large rooms allow for plenty of seating, 20 outside and 70 inside.

The owners have made the most of the generous space and installed a large bar, made out of sleepers, to hold 12 pumps. They are hoping to use four of these for guest ales from local breweries.

“We want to be part of the bar scene in Knaresborough and hopefully people will buy into it. It’s been a labour of love for us.

“We have fallen in love with the town and who’s to say we wouldn’t open another bar locally.”

It has taken the men more than a year to get to this point after originally submitting their business plan to Northern in January 2020 and only getting into the building to start renovations three weeks ago.

The Grade II listed station dates back to Victorian times. The Track & Sleeper’s design is said to be in keeping with its history by using period colours and maintaining some original features.

“We’re trying to go along the lines of how things would have looked 100 years ago.”