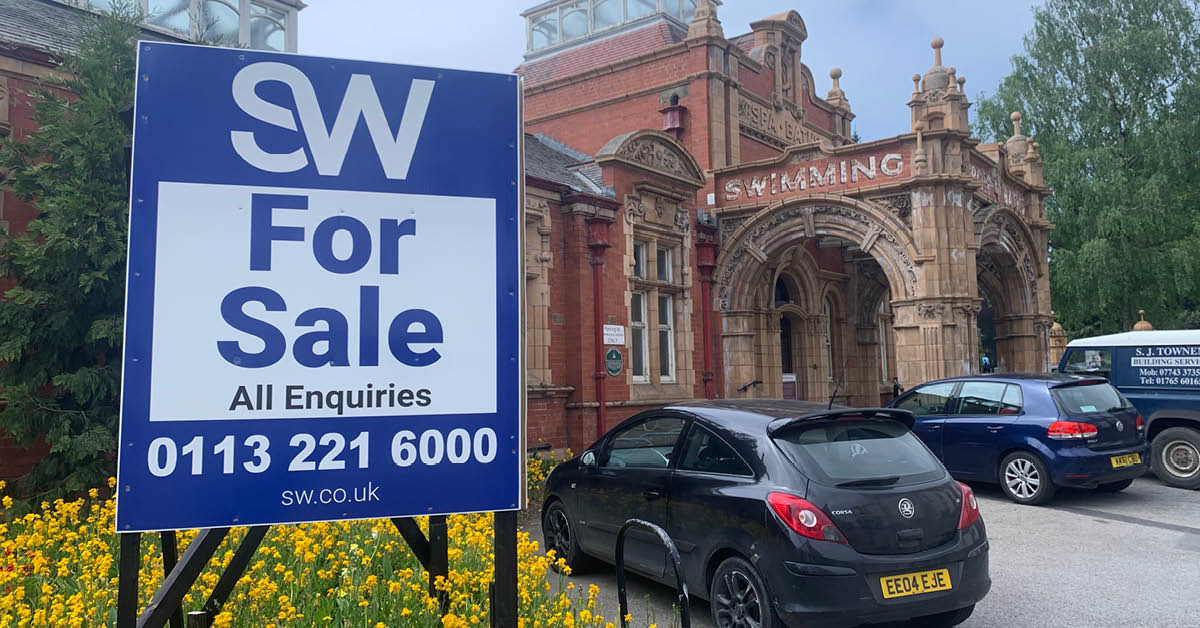 The sale of the baths is now on hold.

The battle to prevent Ripon Spa Baths being sold for housing received a major boost today when the historic building was listed as an Asset of Community Value.

Harrogate Borough Council put the historic baths on the market in February, leading to concerns it could be sold to a private developer and turned into housing.

Ripon City Council, Ripon Civic Society and Ripon Together called for any sale not to be rushed through and applied for the 116-year-old Grade II listed building, which has a distinctive terracotta-clad frontage, to be listed as an asset of community value.

It means the local community now has six months to put together a bid to buy the building, which Harrogate Borough Council has said will be ‘surplus to requirements‘ when the new Ripon Leisure Centre opens this year.

Cllr Williams said he was “highly delighted” by today’s news. He added:

“I hope it means we can now guarantee a future for the site that doesn’t involve it being turned into expensive apartments.

“People across the community have been calling for it not to be housing. There has been very broad support for it remaining as a community asset.

“We now need to explore all the options open to the local community with proper professional advice, to secure the long-term use of the spa baths for community use.”

Cllr Williams said it seemed unlikely the baths would remain as a swimming pool and what happened next remained unclear.

“I’ll be talking to the full council on Monday, looking to appoint professional advisors on what can be done with the building and to create a development brief for how it can be used by the community.

“A new use needs to be found, and I doubt it will still be a swimming pool. But it does provide an exciting opportunity to reinvent the site and city as a whole”.

The Stray Ferret has asked Harrogate Borough Council for comment but has yet to receive a response.

What does Asset of Community Value status mean?

According to Harrogate Borough Council’s website, a building or land can be listed as an asset of community value if:

Once an asset is listed, owners can’t dispose of it without:

The owner doesn’t have to sell the asset to the community group.