0 Items
What will devolution mean for major council projects in Harrogate?
by 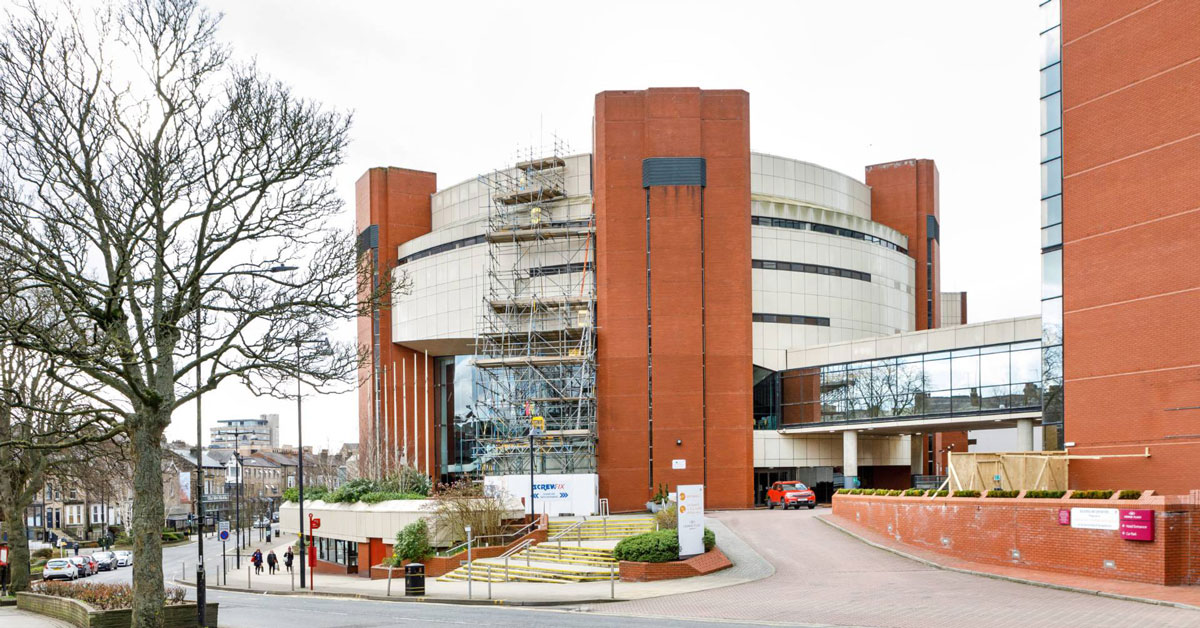 Harrogate Convention Centre, which is earmarked for a potential £47 million redevelopment.

This year and next promises to be a pivotal time in Harrogate’s future with a number of exciting, controversial and long-delayed projects coming to the fore.

These include a potential £47 million redevelopment of Harrogate Convention Centre, the £10.9 million Station Gateway project and – at long last – the start of the Otley Road cycle path.

But with local government reorganisation spelling the end of Harrogate Borough Council and North Yorkshire County Council by April 2023, there are now questions over how these big plans will progress.

In a move to give reassurances that the projects remain on track, Wallace Sampson, chief executive of the borough council, said the authority has “no plans to sit back” until it is abolished, while Cllr Don Mackenzie, executive member for access at the county council, added he is not expecting any delays as a result of reorganisation.

The Local Democracy Reporting Service asked both councils where each of their big projects are currently at and what happens when reorganisation comes around.

Here is what they said.

A county council spokesperson said the anticipated start date for this project is February 2022 and that more public consultations are planned for next month.

The gateway is due for completion by a government funding deadline of March 2023, although the county council has conceded these tight time-scales “remain challenging”.

The project involves a number of road layout changes in the Station Parade area to encourage more climate friendly travel.

If completed on schedule, the project will be done just one month before both councils are abolished.

A borough council spokesperson said this project remains a “priority” and that “work continues unabated” by reorganisation.

They added final decisions on whether the project should go ahead and how it would be funded are scheduled for early 2022.

Beyond that, the council has yet to say when construction could start and end, although it did previously say the project would be delivered in two phases.

Plans to rebuild the venue could involve three exhibition halls being demolished to make way for a new 5,000 sq m hall and a refurbished auditorium.

The Local Plan, which outlines planning development in the district until 2035, was adopted by the borough council in March last year and paved the way for thousands of new homes and businesses to be built across the district.

It was six years in the making and a borough council spokesperson said it will remain as the statutory development plan for the district under the new North Yorkshire council “until such time it is superseded by subsequent development plans”.

Plans for this huge housing settlement were a key part of the Local Plan debate.

Many residents have argued the homes should be built on the former Flaxby Park golf course but the borough council is now pushing for the creation of a settlement development plan for the Green Hammerton area.

A borough council spokesperson said the development plan will be presented to councillors for a formal decision in “due course”.

Plans for the cycle lane were first announced in 2017 but have since hit a series of delays including the need for utility works and negotiations over the use of Stray land.

A county council spokesperson said utility works are currently underway and that subject to their completion, the anticipated start date for phase one of the scheme is September 6, with phase two scheduled to begin in February 2022 and full completion by June that year.

The county council is currently awaiting a decision on its £1.5 million bid to the third round of the government’s active travel fund.

This bid includes two projects in the Harrogate district: the development of sustainable travel corridors in the west of Ripon, and feasibility work for a footpath and cycleway between Knaresborough and Flaxby Green Park.

A decision is expected in autumn and if successful funds must be spent before March 2023.

In the second round, the county council successfully bid for £266,000 for cycling and walking improvements on the A59 between Harrogate and Knaresborough, as well as similar plans in the Victoria Avenue area of Harrogate.

This funding must be spent during the 2021/22 financial year.

There were also plans for a one-way traffic system and junction filters on Oatlands Drive but these were scrapped in favour of a feasibility study to look into what other improvements could be made.

This study is currently underway.

A59 realignment at Kex Gill

“The tendering process for the realignment of the A59 at Kex Gill is under way. Work could start as early as autumn, with construction taking up to 18 months.

“However, this is subject to satisfactory completion of the necessary statutory processes.”

Plans for this £60 million project include building a new carriageway around a stretch of the A59 between Harrogate and Skipton which has repeatedly been hit by landslides.

This multi-million project is due for completion by the end of 2021 but has been hit by delays following the discovery of an underground void at the Ripon Leisure Centre site.

“We are currently investigating further. Should any remedial work be required then they will be carried out.

“We remain committed to providing modern, fit-for-purpose leisure facilities for the people of Ripon and are looking forward to opening the new facilities.”

The swimming pool is being built as a replacement for the 116-year-old Ripon Spa Baths which has been put up for sale despite protests from local councillors and residents.

The borough council is also behind these plans for a new facility to replace the town’s existing swimming pool at Fysche Field and has begun drawing up designs.

“Alliance Leisure Services, our appointed development partner for the leisure investment project, are currently exploring options and carrying out design feasibility work for the future leisure centre in Knaresborough.

“A formal decision will be presented to council in due course.”

“We are working with our partners on numerous major transport projects to benefit communities around the county. Our commitment to completing these remains as strong as ever, as does meeting the delivery deadlines that are a condition of some funding awards.

“We do not anticipate any delays to highways and transport projects as a result of local government reorganisation.

“We are committed to continuing each of these projects as planned with our partners. From April 2023, the new council for North Yorkshire will assume responsibility for ongoing projects.

“In the meantime, the county council will continue to pursue funding opportunities as these arise as appropriate for the benefit of our communities, as residents, businesses and visitors would expect us to do.”

“Harrogate Borough Council will continue to exist until 2023 and we have no plans to sit back until this time. We have a number of exciting and ambitious projects that have either started or are due to start in the coming months.

“We are also committed to supporting our economy post covid and will be looking at all projects, before the new unitary authority comes into operation, to explore what investment projects should or could be delivered.”