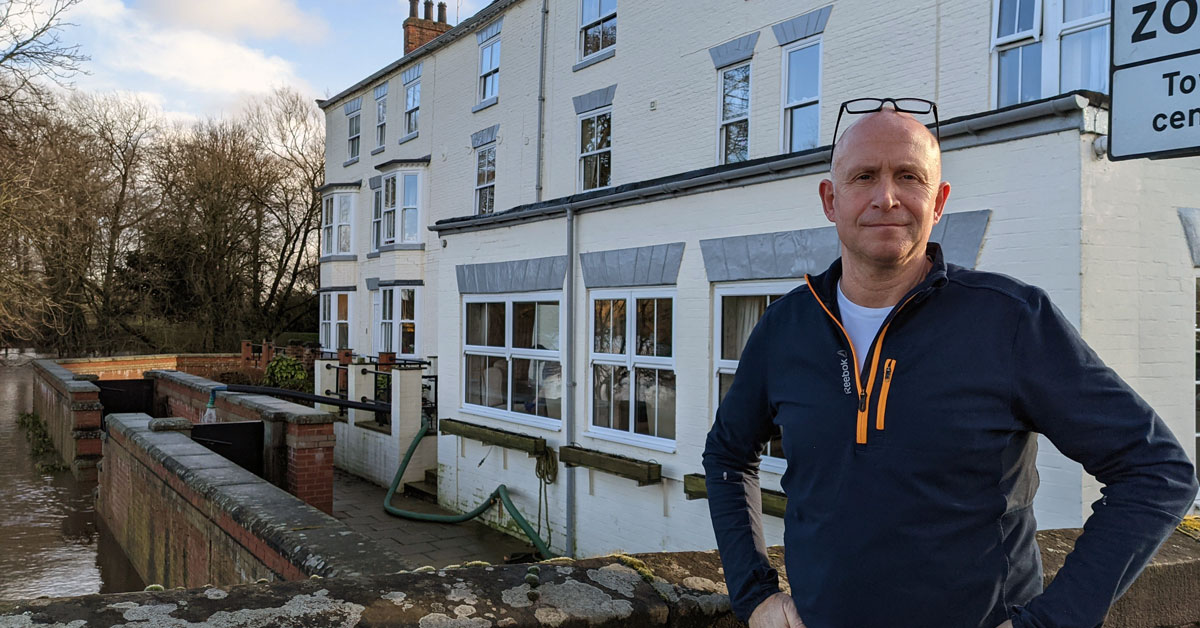 A Boroughbridge care home, garage and homeowners have been fighting against the floods with pumps and mops today.

The level of the Ure peaked last night at about 15 metres as concerned residents watched on powerlessly.

Stephen Jenkins (pictured above), who owns the Riverside Court care home, has had water pumped out of the basement today. He told the Stray Ferret:

“I’ve been here since 1989. When Boroughbridge flooded in 1991 the care home was protected. But in 2000 the Environment Agency opened up this third arch of the bridge.

“Ever since then the water starts seeping out underneath the patio. If they don’t put that pump in it starts to flood. Unfortunately I can’t do anything about it now.

“My main concern is the boilers. Obviously being a care home we need to keep the central heating running at all times. We also have all of our fridges and freezers on pallets permanently.” 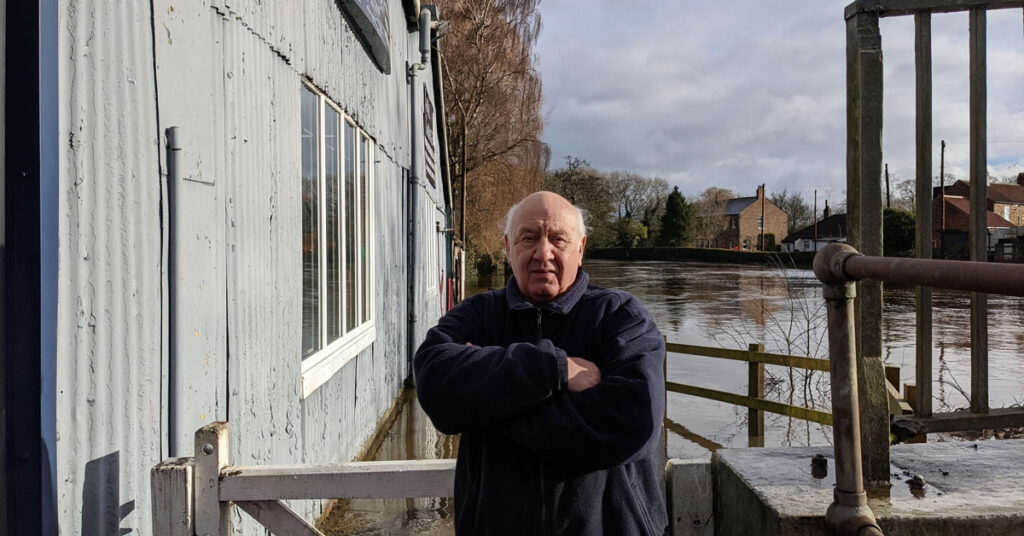 Flooding is also a long-running source of frustration for Malcolm Angus, owner of Canal Garage in Boroughbridge.

Mr Angus and staff have been mopping the floor today. He told the Stray Ferret:

“We have been lucky this time, the water has come up further before. There’s a burst water main up the road, which is bringing the water down.

“It pools at that junction and then comes across to the garage, that’s causing the problem at the moment, not the canal.

“Cars go through the water on the road and it flows down to us. We get no help. In terms of the canal I have lived here since 1995 and it has not been dredged once.” 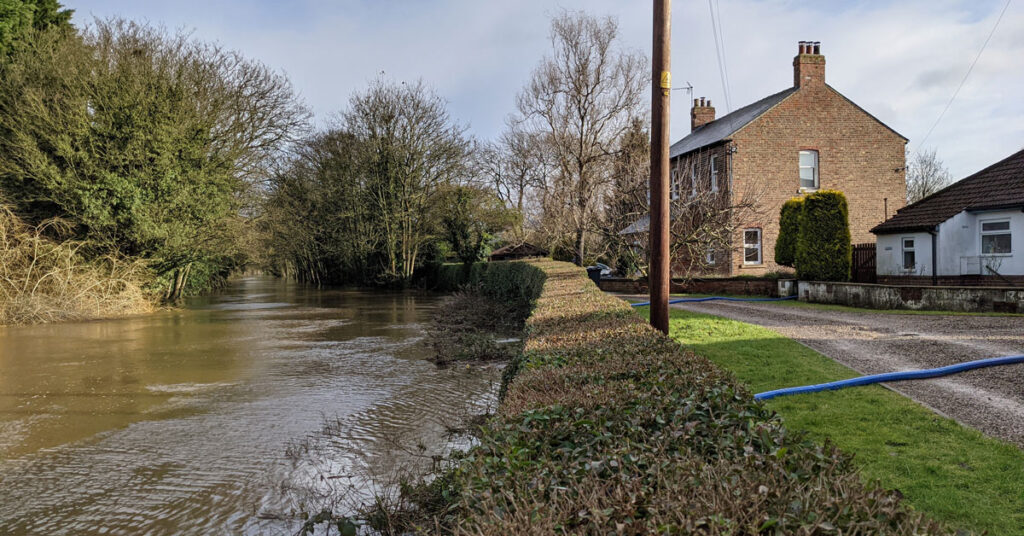 Pumps have been out in force today.

On the nearby Milby Cut Canal, Nigel Crowther owns a home looking over the water. He remains calm about the situation:

“So when you know it is going to be heavy rain for a sustained period you have to get ready so we have put up gates and we have a flood wall around our house.

“The levels peaked at about 10pm last night and it sustained that level for four hours before it started to drop off slowly.”